Sixty-nine homes and offices across Europe were raided and nine suspects were arrested in connection with online forums that were used for illegal operations, according to a news release from German police on Monday. 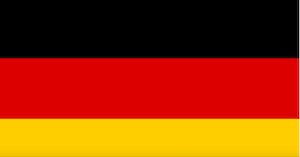 According to the AP, law enforcement in Germany, Bosnia and Herzegovina, Switzerland, France, the Netherlands, Lithuania and Russia worked together on the case. The suspects are accused of using the online forums to sell weapons, drugs, counterfeit currency, fake identification cards and data. The suspects also allegedly offered services including infecting computers with malware, illegal streaming services and “instructions for committing criminal offenses.”

According to the release, authorities arrested a 27-year-old Bosnian national who was the alleged main operator of three forums, and three German nationals, ages 21, 22, and 29. One of the German nationals allegedly operated an illegal streaming platform, while another is accused of selling cocaine, cannabis, amphetamines and ecstasy tablets.

Two Syrian nationals, ages 19 and 28, were also arrested as part of a drug seizure that had an estimated street value of € 250,000 (US$ 272,000). Details on the remaining three suspects were not provided.