Montenegro’s Special Prosecutor’s Office has ordered the arrest of two senior police officers on suspicion of involvement in organized crime, but police say the arrests were illegal, reported Balkan Insight.

Dalibor Medojevic, the head of the police department for the prevention of organized crime and corruption, and Nikola Terzic, one of its inspectors, were arrested on Sunday, the report said. 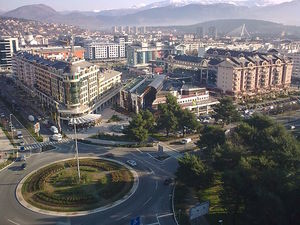 Podgorica, Montenegro (Photo: Wikicommons)The two were accused of being part of an ‘organized criminal group’ responsible for the disappearance of key evidence in a case against Montenegrin businessman Veselin Mujovic.

According to Balkan Insight, Mujovic is accused of taking an € 800,000 (US$ 867,040) bribe from Svetozar Marovic, ex-president of the former state of Serbia and Montenegro, in exchange for favorable treatment in several corruption cases.

Marovic, who was arrested in December 2015, is accused of having defrauded the budget of his hometown Budva of millions of dollars in recent years.

Evidence in the case included 13 letters that Mujovic sent to top state officials, including Prime Minister Milo Djukanovic. The letters were confiscated from Mujovic’s home during a police search two weeks ago, reported Balkan Insight.

A few days later, the prosecution revealed the letters were not submitted by the police with the other evidence gathered. The arrested officers, Medojevic and Terzic, were allegedly responsible for gathering the evidence.

The police published a statement on their website on Feb. 28 denying that the two officers are part of an organized crime group or kept evidence from the prosecution. Prosecutors have offered no proof for their allegations, the statement said.

The police website also said that if the officers were cleared, police would initiate an investigation into the prosecutor’s responsibility in relation to this matter.

The prosecutor’s office published a response the following day stating they would not engage in a public debate with police administration. Supreme State Prosecutor Ivica Stankovic said that the prosecution will not allow "any obstruction to its work.”