The European Commission (EC) has come up with a plan for European Union (EU) institutions to curb a "dramatic surge" in global wildlife trafficking over the past few years, including increased punishments for traffickers. 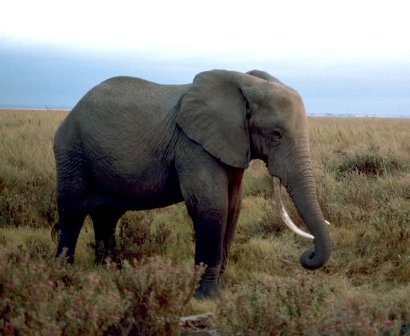 African elephantAccording to the Guardian, the plan calls for closing legal loopholes in some European countries which allow perpetrators to evade prison by paying fines; traffickers will now face a minimum of four years in prison.

European countries are deeply enmeshed in wildlife trafficking, which the EC estimates has claimed the lives of more than 20,000 elephants and 1,200 rhinoceroses in 2014 alone.

The EC estimates that from € 8-20 billion (US$ 8.7-21.7 billion) passes through the hands of wildlife traffickers annually, "ranking alongside the trafficking of drugs, people and arms." Not only does the trade threaten the survival of endangered species and claim human lives, the illegal industry also breeds a high level of corruption in some of the most poverty-stricken regions of the world.

The plan adopted Friday includes 32 measures to be implemented by all 28 EU member states through 2020. These measures include reducing supply and demand, enforcing rules currently in place, and increasing cooperation among countries tackling trafficking.

The illicit market fuels national security threats in places like Central Africa, where some paramilitary units are partly financed through this type of crime.

Federica Mogherini, EC vicepresident, said, "Wildlife trafficking and poaching are drivers of insecurity and instability in several countries and regions. They can provide resources to armed groups and encourage corruption."

The EC has also defined wildife trafficking as one of the primary sources of revenue for terrorist organizations, alongside trafficking in other legal and illegal goods.

A 2013 threat assessment on environmental crime in the EU, issued by Europe's police force Europol, said wildlife trafficking groups are usually small but highly organized, specializing in this type of crime only. To serve their usually wealthy clients, they may launder money and forge documents.

According to Karmenu Vella, the EU's Commissioner for Environment, Fisheries and Maritime Affairs, "At this rate, a child born today will see the last wild elephants and rhinos die before their 25th birthdays."