The head of Rusal, one of the world’s largest aluminium companies, criticized the failure of Russian economic policy at the Krasnoyarsk Economic Forum on Friday, reported Kommersant. 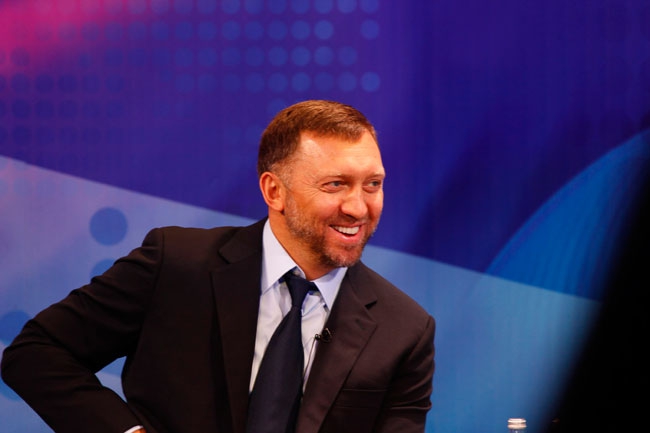 Oleg Deripaska (Photo: Wikimedia)Oleg Deripaska said the Russian people should be prepared for further shocks to the economy, as oil prices could fall further, while inflation may worsen.

"We could see oil at $18 per barrel, and we won’t die. We could see a hundred rubles per dollar exchange rate, and [we] also won’t die. We need to move on, understanding that all this can happen, and build a new economy, not forgetting what was done in the old one," said Deripaska according to RT.

Deripaska criticized the Kremlin’s agenda, saying it has not changed since 2000. He emphasized Russia’s need to fight corruption, reform the judicial system and change fiscal and monetary policy, Kommersant reported. He suggested the country could survive shocks if reforms were implemented.

His words echoed those of Russian economist Sergei Guriev, who spoke to the Oxford Guild last month on the Russian economy. Guriev said corruption remained a “serious issue,” reported the Huffington Post.

Guriev said corruption is underemphasized in the government’s plans to address the country’s economic problems. He implied that Russia is unusually corrupt for countries of its development level.

According to the Oxford Student Newspaper, Guriev forecast a possible worst-case scenario in which the Russian Federal Reserve is exhausted this year even if the government continues its austerity program and oil prices drop to US$ 30 per barrel. Even at US$ 40 per barrel the reserve would be dry by 2017, said Guriev.

At the Krasnoyarsk Economic Forum, Deripaska made the same point. He said the government’s main concern would be the lack of money in the federal budget and reserve by 2017, whereas in 2016 the government would rely on its reserves to implement the budget, reported Kommersant.