Two lawmakers that anti-corruption prosecutors sought to arrest on Feb. 10 are still free after Parliament failed to approve the request, according to local media. 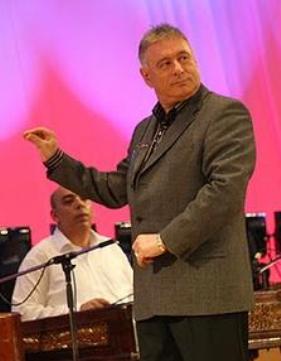 Madalin Voicu (photo: Webphoto.ro)Parliamentarians Madalin Voicu and Nicolae Paun are under investigation along with 10 other suspects for an array of financial offenses relating to the alleged misuse of European Union (EU) funds intended to help the minority Roma population.

Balkan Insight reports that both Voicu and Paun deny any wrongdoing.

According to the EuroActiv news portal, Parliament rejected prosecutors’ request for Voicu's arrest. Voicu took to the floor of Parliament and proclaimed his innocence, saying an arrest would humiliate him.

A day later, prosecutors placed Voicu under prohibitory measures and set his bail at 500,000 Romanian Lei (nearly US$ 125,000).

Paun’s arrest warrant was approved by a majority vote in Parliament, but cannot be activated as no quorum was present, reports EuroActiv. The final vote on his arrest is postponed until next Wednesday, Feb. 24.

The Parliament's law committee had approved the prosecutors’ request on Monday, according to BalkanInsight, but the full Parliament disregarded that committee vote.

Voicu and Paun, both Roma themselves, have represented the Roma community in Parliament for years. They have been involved with projects to promote Roma employment, funded mainly by the EU.

Paun, leader of the Party of Roma and President of the Committee for Human Rights, Cults and National Minorities Issues in the Romanian Chamber of Deputies (the lower house in Romania's bi-cameral Parliament), is accused of defrauding the EU project through presenting false documents; embezzlement; money laundering and trading in influence, among other offenses.

Voicu, who belongs to the Social Democratic Party, is accused of money laundering, trading in influence and providing false statements.

The accusations stem from two 2010-2013 projects: "Social entrepreneurship, a chance for Roma communities;" and "Access to the labor market - a chance for you."

The projects’ objectives were to train more than 6,200 young Romas in social entrepreneurship. However, prosecutors say the target group either did not receive proper training or did not take part in such projects at all.

Prosecutors allege that these activities misused EU funds worth more than US$ 6 million, and funds provided by the Romanian government worth about US$ 750,000, or the total amount provided for the two projects.

According to a separate news release, the 10 other suspects under investigation in the case – among them project managers – include the chief of the National Tax Administration and his deputy. They are accused of issuing orders exempting people employed by the Roma Party from paying healthcare contributions.

According to the 2011 census, the Roma minority represents 3.3 percent of Romania's population of nearly 20 million, comprising one of the country’s largest minority groups. The EU has developed a set of programs aimed at improving Roma integration, as the group faces a high level of discrimination across the region.