On Tuesday, Italian police arrested fugitive Camorra boss Alessandro Giannelli and several members of a group connected to a clan of the Camorra known as the Moccia, according to a statement on Feb. 9 from Minister of the Interior Angelino Alfano. 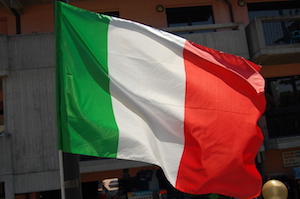 (Photo Credit:Flickr) The Camorra is an organized crime organization that originated in Naples.

The Guardian reports that Giannelli was captured by police while attempting to flee Naples. He is linked to the drug-related turf wars that have killed 10 in the Naples region since the start of 2016.

Police also moved against a business group in the fruit, vegetable and dairy sectors that was connected to the Moccia clan led by Anna Mazza. Known as the “Black Widow,” Mazza took over and rapidly expanded the clan’s influence after her husband Gennaro Moccia was killed, according to the Guardian.

The Guardia di Finanza said that they, along with the Rome Police, had arrested seven people in connection with the distribution of food for restaurants in Rome and a national supermarket chain. The group allegedly had plans to expand to the vegetable market of Barcelona, according to the statement.