Journalists from the Serbian Crime and Corruption Reporting Network (KRIK) have uncovered yet another offshore company that is connected to Sinisa Mali, the charismatic mayor of Belgrade KRIK earlier linked to shady business deals. 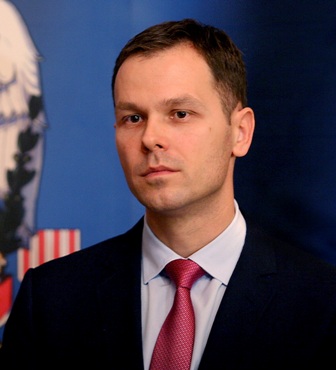 Sinisa MaliThe company, Busby Financial Corp., was registered in April 2004 and the owner is unknown. This is the fourth company in the British Virgin Islands (BVI) that KRIK journalists found is connected to Mali.

Earlier KRIK investigations revealed that Mali, a US-educated public official who presents himself as a progressive, anti-corruption leader to the Serbian public, was involved in several shady privatizations. He was also the director of a BVI-registered company, Alessio Investment Ltd., which was involved in an illegal deal that cost the state 10 acres of agricultural land.

KRIK also found that Mali is connected to BVI-registered companies Etham Invest & Finance Corp. and Brigham Holding & Finance Inc. Both named Sinisa Mali as a director and gave him the rights to purchase properties in their name.

Mali bought 23 luxury apartments in the name of these companies in Bulgaria, and another one in his own name, spending about five million Euros (more than US$ 5.4 million). He has refused to reveal for whom he bought all this property.

At the time he made some of the purchases, Mali was a financial advisor to former vice president (and now Prime Minister) Aleksandar Vucic.

When KRIK tried to question Mali about these purchases, he brushed off the questions, while the police officers that accompanied him confiscated the journalist's mobile phones and camera.

It is unclear exactly what the Busby Financial Corp. does.

Three years after it was established, Busby opened a branch in Belgrade and on Nov. 9, 2007. Marija Mali, Sinisa Mali's wife, was named director.

When KRIK journalists contacted Mali, he would not say what kind of business the company is involved in or why it was established.

BVI is an attractive location for those who want to anonymously establish companies that can be used for secret financial transactions, including tax evasion and money laundering.