The Russian Investigative Committee claims it has closed the case on the murder of Boris Nemtsov, reported Radio Free Europe/Radio Liberty (RFE/RL). 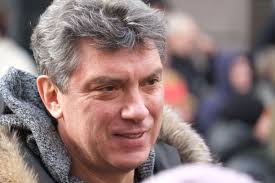 Boris NemtsovNemtsov, a Russian opposition politician and an ally of anti-corruption activist Alexei Navalny, was gunned down last February during a walk at night near the Kremlin, two days before he was due to take part in a protest rally against the war in Ukraine.

Russian authorities arrested five Chechen suspects and charged them with committing a  contract killing. The committee alleged the suspects—Zaur Dadayev, Anzor Gubashev, Shadid Gubashev, Temerlan Eskerkhanov and Khamzat Bakhayev—murdered Nemtsov as part of an organized crime group, according to the statement  published on the committee’s website

Beslan Shavanov, the sixth suspect mentioned by the committee, blew himself up while detained in Chechnya last year.

A spokesman for the Russian Investigative Committee said that the alleged mastermind of the killing, Ruslan Mukhudinov, remains at large, according to RFE/RL. Mukhudinov is a 27-year-old former Chechen police officer with an international warrant for his arrest, reported The Moscow Times.

Nemtsov’s daughter, Zhanna Nemtsova, rejected the committee’s conclusions alleging they were “not interested in fully solving the case.”

The Kremlin has denied involvement in the murder.