10 Arrested in Netherlands in Bitcoin Operation

Police in the Netherlands have cracked down on a group they suspect has laundered proceeds, in the form of the virtual currency Bitcoin, from the online sale of illegal goods. 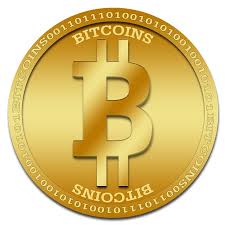 The use of virtual currencies is an attractive way for criminals to launder money, as Bitcoin transactions are not monitored by financial authorities.

The police operation was conducted with the help of the US, Lithuania, Australia and Morocco.

According to the Lithuanian Financial Crime Investigation Service, the group laundered up to € 20 million (more than US$ 21 million).

According to prosecutors, the suspects used Bitcoins via the 'Dark Web,' a part of the internet not easily accessable for the average internet user. The Dark Web hosts a virtual market place similar to ebay.com where people can trade goods anonymously using virtual currencies.

As such, the Dark Web has become an attractive place for criminals looking for a way to launder funds or sell drugs, firearms and other illegal goods.

The investigation into the group was initiated after banks notified authorities that large sums of money were being deposited and then immediately withdrawn at ATM machines.

The increasing use of virtual currencies poses new challenges for law enforcement. Apart from illegal trade, the lack of regulation also provides ways for cyber-criminals to blackmail individuals and companies or to steal virtual currency.