The Chisinau Court of Appeals has rejected an appeal by lawyers to free former Prime Minister Vlad Filat, instead extending his detention for another 90 days, according to Radio Free Europe. 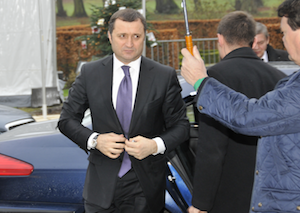 Vlad FilatThe next hearing in the Filat case will be tomorrow.

Filat was detained last October on allegations of corruption and bank fraud after more than a billion dollars went missing from three Moldovan banks. The scandal, which saw up to US$ 1.5 billion loaned by the banks to unidentified parties, came to light in April last year and sparked mass protests in the capital Chisinau.

The court also denied a request from Filat’s lawyers to remove one of the judges. Prosecutor Adriana Betisor called the request groundless, according to IPN.

Radio Free Europe reports that Igor Popa, Filat’s lawyer, called the rejection “abusive and arbitrary” and said detaining his client was a “direct encroachment on the right of freedom, according to IPN.