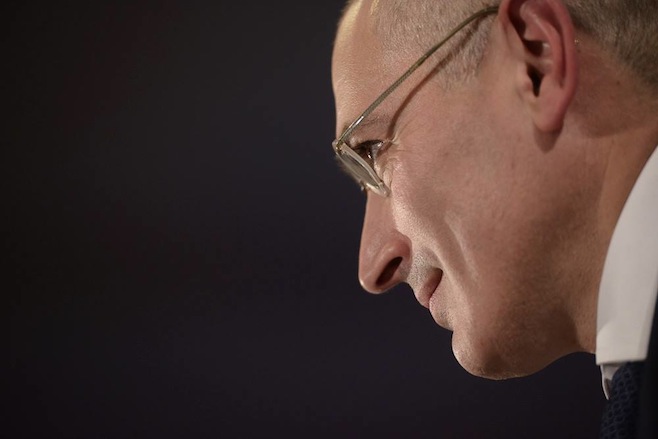 Mikhail KhodorkovskyThe committee claimed that the searches of the Open Russia employees’ homes are part of a money laundering investigation into the now bankrupt oil giant Yukos which was Khodorkovsky’s former company..

The raids come after Khodorkovsky refused a Moscow court summons earlier this month. Prosecutors have alleged he was the mastermind behind the assassination of a Siberian mayor in 1998 in the town of Nefteyugansk, where Yukos was headquartered.

According to The Moscow Times, a couple of days before the charges were brought against him, Khodorkovsky, a fierce opponent of President Vladimir Putin, said a “revolution” in Russia was inevitable and could happen as soon as 2018.

The Investigative Committee claimed it was seeking evidence of money laundering by Yukos executives through “businessmen and other persons financed from abroad” who may hold financial accounts controlled by Khodorkovsky, reported Agence France-Presse (AFP).

The Russian police searched homes in Moscow and St. Petersburg according to the coordinator of the Open Russia project, Maria Baronova.

They were “apartments linked to the supporters of the Open Russia. At the moment, the number of people whose homes were searched has increased," she told TASS.

Among the homes searched, were those of Khodorkovsky’s press secretary Kulle Pispanen, added The Moscow Times. The searches also included the homes of neighbours, relatives and acquaintances of the individuals targeted by Russian authorities.

Russia declared Khodorkovsky “arrested in absentia” and put him on an international wanted list, according to the Associated Press (AP).

A spokesman for the Investigative Committee called for an international manhunt and said Russia will take "all legal means" at its disposal to capture Khodorkovsky "no matter where the person accused of grave crimes is hiding: in Russia, abroad, or even in the Antarctic."

Khodorkovsky already served 10 years in prison for alleged embezzlement, tax evasion and fraud. Pardoned two years ago, he vowed not to involve himself in politics but since then has led an opposition movement against Putin in exile.

AFP reported that Open Russia published a report this month on allegations by Spanish prosecutors linking a Russian crime boss to a number of Putin allies, including the head of the Investigative Committee Alexander Bastrykin.