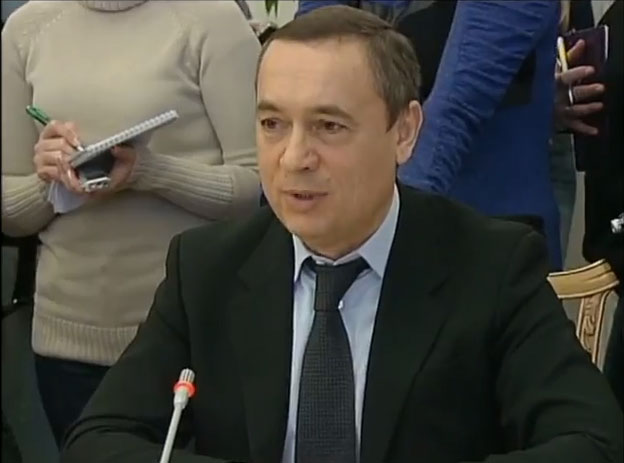 Mykola MartynenkoMartynenko has been accused of accepting bribes worth 30 million Swiss francs (US$ 29 million) from Czech-based engineering firm Skoda in exchange for a contract to supply equipment to Energoatom, Ukraine's nuclear power plant operator, according to Swiss documents.

The documents presented by Leshchenko to Parliament on Nov. 26 also detail the scheme thought by investigators to have been used by Martynenko to receive the money.

According to Swiss prosecutors, the money for the contract was paid in the form of commission fees to offshore company Bradcrest Investment.

Martynenko is thought to have held accounts with both of the banks.

If found guilty, Martynenko could face a prison term of “more than three years”, according to a request by Swiss authorities.

Martynenko has denied the accusations.

In May, a statement from Martynenko’s press office said there was no ongoing criminal investigation against the MP. It also accused “pro-Kremlin” media of spreading rumors.

In written comment to the Kyiv Post newspaper, Martynenko said that “as far as the documents published by Leshchenko are concerned, there is no confirmation of their authenticity”.

Leshchenko also shared a letter signed by Swiss vice prosecutor Urs Koehli in which the Swiss prosecutors requested the help of their Ukrainian counterparts and Ukraine’s General Prosecutor Viktor Shokin to collect more evidence about Martynenko.

Prime Minister Yatsenyuk has previously said he would offer help to the investigation if needed. However, the case has "nothing to do" with either the government, nor with Yatsenyuk himself, he said on First National TV channel on Nov. 19.

Martynenko has headed the Ukrainian Parliament’s fuel and energy committee since 2006.