Russia's "shadow banker" Alexander Grigoriev has been arrested while dining with his girlfriend in the glamourous restaurant he part-owns in Moscow.

On Friday, Oct. 30, agents from Russia’s domestic intelligence body the FSB, along with anti-corruption officers and special forces, raided Sfera restaurant and clapped the 48-year-old in handcuffs as he lay on the ground, reports national newspaper Kommersant. 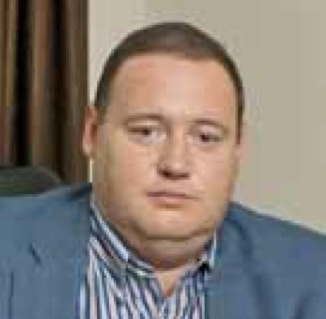 Alexander GrigorievGrigoriev is head of a number of failed financial institutions including Zapadny, Doninvest and the Russian Land Bank (RZB), all of which lost their licenses between 2014 and 2015 for high-risk credit policies, placing funds in low-quality assets, withdrawing capital from Russia, and for the mysterious vanishment of its own funds.

The problems occurred only after Grigoriev took over the financial institutions, according to Kommersant.

Investigators say Grigoriev led a criminal ring of 500 people who not only ran banks into the ground for their own gain but shipped abroad a staggering US$ 46 billion in liquid assets through banks in Moldova and the Baltic states.

The vast sum of money is said to have come from several sources including the accounts of individual citizens as well as those of private and state-owned companies.

According to intelligence reports cited by Kommersant, Grigoriev was one of the leaders of the largest organized crime operation in Russia. Its operations involved 60 Russian banks, including those managing the accounts of public companies. A number have now lost their licenses, but many continue to operate today.

The annual turnover for the alleged criminal group is said to have been about 1 trillion rubles (US$ 15.7 billion).

OCCRP investigations have shown how Grigoriev’s RZB was involved in a huge-scale fraud and money laundering scheme in which Moldovan law enforcement officials found that the bank wired 152.5 billion rubles (US$ 5 billion) to the Moldovan bank Moldindconbank between 2012 and 2014.

When Grigoriev came to control RZB in 2012, he brought with him a new set of shareholders: six Cyprus-based companies, including Boaden Ltd (owned by Grigoriev himself), which in turn owned 16.35 percent of the bank. Grigoriev also appointed a new team of managers, including Vladimir Putin’s cousin, Igor Putin, who served on RZB’s board until 2014.

Kommersant reports that Grigoriev had been in business since the early 2000s and was a founder of the construction company SU-888. From 2013 to 2014, SU-888’s board of directors included Igor Putin. OCCRP found that Putin served on the board of Promsberbank, a small bank in the Moscow region, at the same time that Grigoriev was a shareholder.

Grigoriev was arrested last Friday in connection with a criminal fraud investigation launched in April 2015 into Doninvest, brought by the Russian Ministry of the Interior in the Rostov region.

The Central Bank of Russia had revoked Doninvest’s license in October 2014 because of its failure to comply to federal banking laws, according to an official press release. By December 2014, Doninvest was bankrupt.

The investigators claim Grigoriev controlled a shadowy financial structure in which Doninvest’s board chairman, Alla Kalitvanskoy, and deputy chair Svetlana Gulenkovoy ordered bank account withdrawals of more than a billion rubles (US $15.7 million) to companies controlled by members of the scheme.

They are also alleged to have conducted fictitious transactions to purchase real estate, including in the Crimea, for more than 150 million rubles (US $2.3 million).

Both women were arrested as accomplices.

Grigoriev allegedly attempted to smooth over his troubles with the law by paying a bribe of 300 million rubles (US$ 4.7 million) to a well-placed official. A couple of days before the official was arrested on suspicion of taking bribes, he reportedly assured Grigoriev he had nothing to fear, but then vanished with the money.

According to Kommersant, after officers handcuffed Grigoriev on Friday they asked if he would like to surrender the stolen money. Grigoriev denied embezzlement, said he knew nothing of the charges against him, and claimed he had no money.

The Rostov-on-Don district court has rejected Grigoriev’s bail request meaning he will remain in custody for two months.

Kommersant reports that the Ministry of the Interior may take over the Grigoriev investigation from the Rostov region, since the alleged fraud is thought to have had nationwide impact.