High-Profile Court Hearings in Bulgaria Against Backdrop of OLAF Visit

Several high-profile hearings coincided with a visit to Bulgaria by the director general of the European Anti-Fraud Office (OLAF), Giovanni Kessler, who criticized the country yet again for not taking enough concrete actions to tackle corruption. 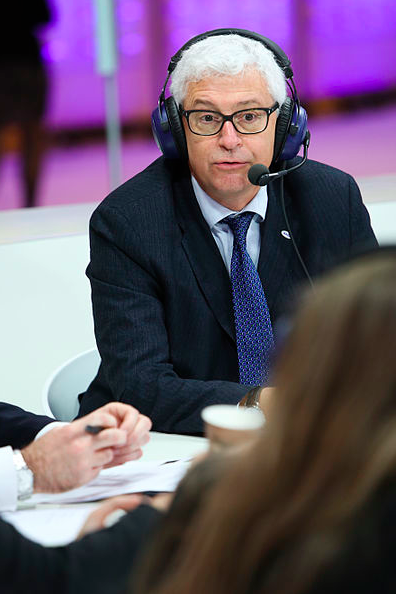 “Judges must have the ability to punish. In Bulgaria, this is a big problem,” Kessler told the participants.

He stressed that anti-corruption measures include first and foremost good management of the administration, saying that curbing corruption was a decisive factor in whether a government succeeds.

“It is all about fighting corruption, but the fight against corruption in itself does not solve the problem. If you are only trying to convince people that you are fighting it without doing anything in particular, the situation will not change,” the OLAF chief said.

He also noted that the lack of trust in institutions and politicians seen in Bulgaria is a universal problem across the EU, but that in some countries it reaches very high levels in the political debate.

Kessler said Bulgaria needs a strategy to combat corruption that should include the three mandatory elements: prevention, detection and sanctions.

He also met with prime minister Boyko Borisov, and the two agreed that deepening the cooperation between OLAF and Bulgarian authorities to protect the financial interests of the EU was in their common interests.

Kessler’s visit to Bulgaria came shortly after the announcement of a joint operation by OLAF, Romania’s National Anticorruption Department (DNA) and Romanian intelligence services, launched as investigations by OCCRP partners Bivol.bg and RISE Romania shed light on the disappearance of € 26 million (US$ 29.4 million) from a European food aid program intended to feed Romania’s most deprived people.

The money had been transferred to a Bulgarian company after it won two bids, but it then vanished without delivering on promises to provide flour and cooking oil.

According to a journalistic investigation into the complex scheme, the Bulgarian connection leads to the majority shareholders of the Bulgarian First Investment Bank (FIB).

Against the backdrop of the OLAF visit, Sofia City Court last week found Vesselin Georgiev, former head of the National Road Infrastructure Fund, not guilty of embezzling 100,000 Bulgarian levs (US$ 58,000).

Georgiev was charged in 2006 over the giving of contracts to five companies to study public attitudes toward the Fund’s road repair policy.

Prosecutors said the normal business activities of the companies had nothing whatsoever to do with conducting surveys, and asked for a three-year suspended sentence and five-year probation.

The judges, however, cleared Georgiev of malfeasance in office and lifted his bail.

The cases against two other defendants – managers of two of the companies that were awarded the contracts – had been dropped earlier because the statute of limitations had expired. They had initially been charged with tax evasion.

In April 2015, Georgiev had been acquitted in another high-profile case in which he was charged with awarding contracts worth tens of millions of Bulgarian levs to companies owned by his two brothers – an affair that earned him the nickname “the Good Elder Brother”.

This trial dated back to 2007 and had been repeatedly postponed over the failures of defendants and witnesses to present themselves in court.

The scandal erupted after an investigation by the Bulgarian daily Capital and led to Georgiev’s resignation as chief of the Road Infrastructure Fund.

It is one of a number of alleged large-scale embezzlement schemes said to have drained European Union funds and was closely monitored by the European Commission.

In 2008, the Sofia Military Appellate Court led at the time by Pengezov won a bid under the EU programme called Administrative Capacity.

Most of the 500,000 Bulgarian levs (US$ 289,443) in expected funding was spent on an integrated information system to improve transparency in military courts.

However, EU experts refused to reimburse the sum on the grounds that the money had been spent without a public tender.

Other defendants include another former chair of the Sofia Military Appellate Court, Petko Petkov, who was deputy to Pengezov at the time, along with the former deputy chair Vladimir Dimitrov, and Maria Divizieva, who in 2013 and 2014 was chief of staff to former Bulgarian prime minister Plamen Oresharski.

According to prosecutors, after the EU refused to pay out Pengezov turned to Divizieva in her capacity as head of the Operational Programme Administrative Capacity (OPAC) at the Bulgarian Finance Ministry for advice.

The defendants then allegedly concocted and carried out a plan to break down the total sum into nine smaller tenders and prepare back-dated documents to prove the existence of tender procedures.

Petko Petkov was charged as the person who executed the plan, and the rest as accessories to the crime.

Petkov and Pengezov were also charged with embezzling 42,217 Bulgarian levs (US$ 24,439) under the same bid.

Pengezov is also separately on trial for abuse of office after he allegedly concluded service contracts in 2008 and 2009 (for the IT transparency project) in violation of the law on public tenders.

In May 2015, Bulgaria’s Supreme Judicial Council removed Pengezov from the post of Chair of the Sofia Appellate Court in light of the investigations into his work.

He denies any wrongdoing and says the charges are politically motivated.

He accuses the party that largely represents Bulgaria’s Muslim minority – the Movement for Rights and Freedoms (MRF) - of wanting to ruin him.

According to Pengezov, the proceedings against him started after a decision by the Sofia Appellate Court to release on house arrest Oktay Enimehmedov, a young ethnic Turk who brandished (but did not fire) a gas pistol at the MRF’s honorary lifetime chairman, Ahmed Dogan, during a party conference in 2013.

He was tried for hooliganism and sentenced to three and a half years in prison by the Supreme Court, but will serve less since the time he spent in house arrest counts towards time served.

According to Pengezov, the cases against him are Dogan’s retaliation. 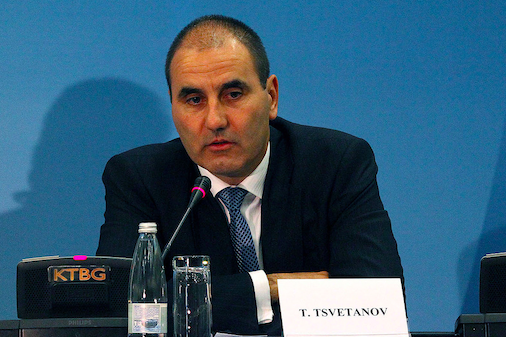 Tsvetanov, who served in the first government of the ruling party Citizens for European Development of Bulgaria (GERB), had been charged with embezzling 50,569 Bulgarian levs (US$ 28,883) by allowing the payment of wages and unused paid leave to Orlin Todorov, former chief of anti-mafia police in the central Bulgarian city of Veliko Tarnovo.

At the time, Todorov was in detention and being investigated in another case.

The former minister had been declared not guilty by two lower courts – the Sofia City Court and Sofia Appellate Court. This most recent ruling, announced Wednesday, is final and cannot be appealed.

The judges examined the case in June, but only now released the details of their ruling.

The supreme magistrates reaffirmed the rulings of the lower courts that Tsvetanov had broken no Bulgarian law by letting Todorov to remain in office until retirement age; to leave on his own decision and receive the payments despite the fact that he was under investigation and later a defendant.

They wrote in their ruling that according to the Interior Ministry Act, investigation and charges are not sufficient grounds to dismiss a police employee as this would be a breach of the “innocent until proven guilty” presupposition.

Though he does not now hold a government post, Tsvetanov remains a high-ranking functionary in the ruling GERB and leads its election campaign headquarters.