Reporters Without Borders has condemned an apparent smear campaign against Atanas Chobanov, editor of the Bulgarian investigative reporting website Bivol.bg, an OCCRP partner. 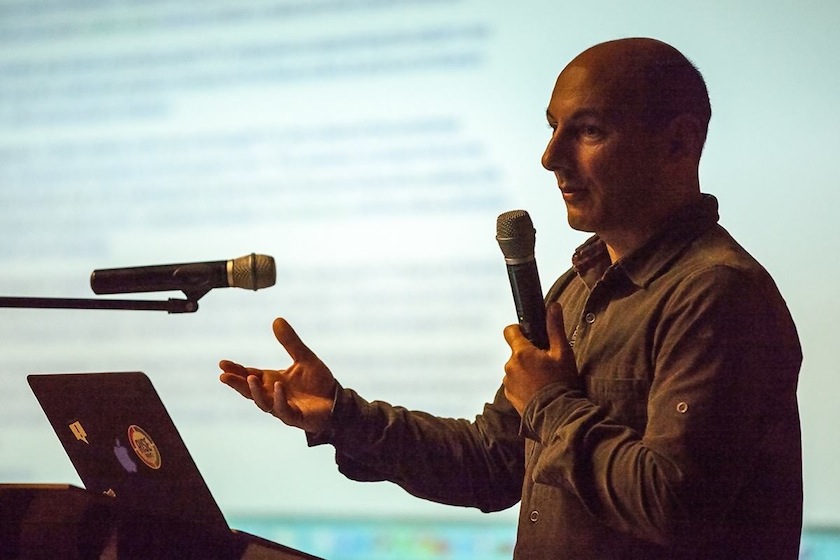 Atanas Chobanov speaking in BucharestChobanov’s photo, along with co-editor Assen Yordanov, appeared on the front page of tabloids and websites across Bulgaria, including on the Oct. 2, 2015 edition of Bulgaria’s Telegraph newspaper. One headline can be translated to, “The Racketeers from Bivol in Bed with the Fugitive Banker.”

Chobanov believes the story that sparked the backlash was a recent investigation accusing prominent Bulgarian bankers of involvement in a fraud scheme in which more than € 20 million (US$ 22.8 million) went missing from an EU food aid program.

The story implicated Bulgarian politician and media mogul, Delyan Peevski, who is owner of several TV channels and newspapers in Bulgaria. According to Chobanov, Peevski gave political backing to those accused of stealing the money.

Chobanov and his staff worked in conjunction with investigators from RISE Romania on the project.

Chobanov said reporters from a TV station owned by Peevski went to his home in a Paris suburb on Oct. 10, claimed to be his colleague, and filmed his family and home without their knowledge.

“I consider this smearing and intimidation campaign as the prelude for something worse, an attempt to shut down our site and stop our work, which [isn’t likely to] happen,” Chobanov told OCCRP.

Bulgaria is ranked 106th out of 180 countries on the 2015 Reporters Without Borders Press Freedom Index.