A court in Bosnia and Herzegovina has ordered into 30-day custody the former police officer who was arrested last week on suspicion of helping import drugs to the Croatian seaside town of Dubrovnik as part of a large organized crime gang. 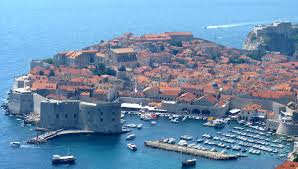 The court ruled Monday that he should be detained for fear he could destroy or conceal evidence, influence witnesses or repeat the crime he is accused of.

Sarenac's case is the latest development in the police operation “Maska” (Mask) - a crackdown on a narco gang that allegedly trafficked marijuana and cocaine from Trebinje to the seasidetown of Dubrovnik, the so-called jewel of the Adriatic, now popular with Western tourists.

The police operation, launched in November 2014, has resulted in a number of arrests and raids.

On May 21, 2015, RS police raided 18 locations: 16 of them in Trebinje, one in Bosnian capital Sarajevo, and another in Banja Luka.

17 people were arrested at the time, and RS police chief Gojko Vasic confirmed that four of them were active RS police officers. Police claimed the group had strong ties to drug trafficking gangs in Dubrovnik who distributed the drugs locally.

The same day, Croatian police raided 10 locations in Dubrovnik, arresting seven people whom they believe cooperated with the Bosnian drug trafficking group as part of an ongoing operation “Gladius”.

Sarenac is the latest suspect in the case to be arrested. He has not yet givena public statement.