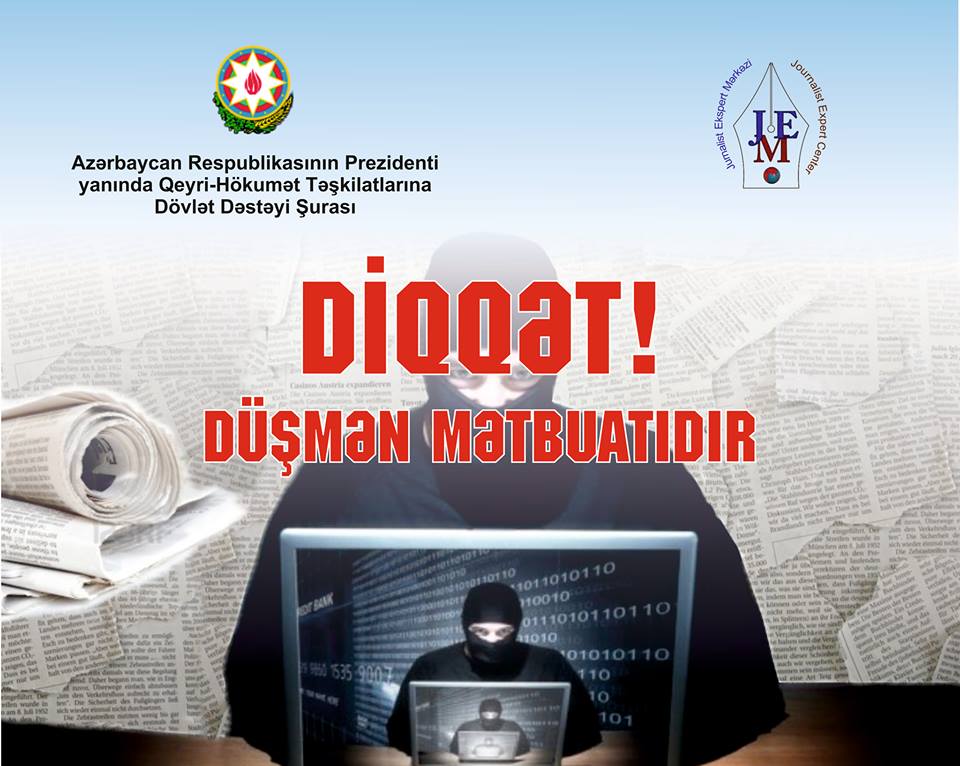 According to the campaign’s Facebook page, its objectives are to stop the media revealing military or state secrets which could harm national security, to suppress “provocative material” from foreign media and to educate journalists.

The page has attracted more than 10,000 members since it was created on March 31.

Speaking to the Institute for War and Peace Reporting (IWPR) last week, the head of JEM, Jeyhun Musaoglu, said the campaign is necessary to prevent sensitive information being published in the press, and to inform journalists about media laws.

Musaoglu said that a strong focus of the campaign is on western media reports about the Azerbaijani state and its president, Ilham Aliyev, that JEM considers biased. According to the state-sponsored NGO head, “the Azerbaijani media shouldn’t be giving a platform to articles like that.”

Last month, Azerbaijan hosted the first-ever European Games. The event was intended to boost the country’s international profile, but was marred by widespread criticism of corruption and human rights’ abuses committed by Aliyev’s regime.

The oil-rich republic has a poor freedom-of-speech record, ranking 160th out of 180 countries in the 2014 Press Freedom Index. Human rights groups say that at least 80 people are currently imprisoned in Azerbaijan on politically motivated charges, including OCCRP investigative reporter Khadija Ismayilova.

Ismayilova reported extensively on high-level corruption in the Azerbaijani government before her arrest in December 2014.

Amnesty International has declared her a prisoner of conscience.