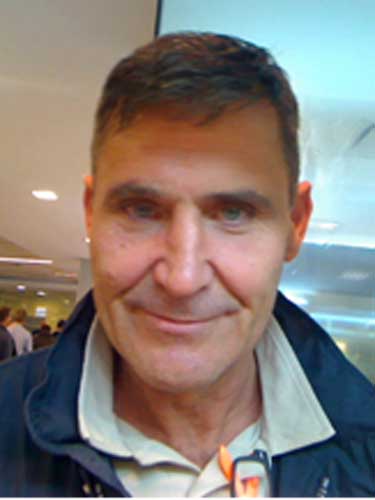 Nysret Gashi, a suspect in the caseAn operation involving police in Italy, the United States and Spain has resulted in the arrests of 33 people and arrest warrants for six more as they attempted to crack a drug ring that allegedly brought four tons of cocaine into Europe in the past two years.

The drugs would have been worth about a billion euros, according to prosecutors.

The trafficking network reportedly involved cooperation between buyers linked to the notorious Italian Mafia clan the Ndrangheta and their suppliers in South America.

Chief prosecutor of the Italian region of Calabria, Federico Cafiero De Raho, told a press conference yesterday that this represented one of their biggest ever operations.

Those suspected of being the most senior members of the criminal ring were named by authorities as Italians Francesco di Marte, Antonio Femia, Nicodemo Fuda and the brothers Vincenzo and Giuseppe Alvaro.

In a large-scale drug-trafficking scheme, containers in international cargo shipments and sailing boats were reportedly used to transport cocaine from South America.

On the night of August 25, 2014, Spanish and Portuguese authorities stopped a ship carrying 856 kilos of cocaine, and on New Year’s Eve they stopped another off the Canary Islands with a cargo of 725 kilos of the drug.

In Italy, the Alvaro brothers are accused by prosecutors of having cultivated a wide network of harbor workers in several Italian ports to receive the special deliveries on their behalf.

Some of the suppliers in the chain were identified by the US Drug Enforcement Administration’s (DEA) investigation in Colombia, Argentina, Peru and Ecuador.

According to the DEA, one of the primary suppliers was identified deep in the Amazonian forest of Colombia, where he belongs to the FARC, the country’s largest and oldest guerilla group. The DEA did not name the suspect.

The supply chain was well-established, alleges the DEA, and enabled the Ndrangheta to maintain a consistent stream of large cocaine imports.

Relations between the South American and Calabrian groups are said to have been close. On March 7, police say suspect Claudio Soto Rodriguez of Uruguay met Italians Antonio Femia and Nicodemo Fuda at a Holiday Inn in Rome.

Another meeting of middle men allegedly occurred at the same hotel, at which the identification numbers of shipping containers containing cocaine were passed over to the Italian representatives.

Another suspected delegate for cocaine producers, said to have had a privileged relationship with his Ndrangheta counterparts, was named by investigators as Nysret Gashi.

Under the warrant issued as part of the Santa Fe operation, he is described by Italian authorities as a “Serb-Montenegrin connected to a criminal organization operational in drug trafficking that is rooted and branched in South America, able to replenish the European cocaine market from Argentina and Peru”.

Gashi, who is still at large, is accused of involvement in the shipment of 90 kilos of cocaine from Buenos Aires to Gioia Tauro, in Calabria.

Prosecutors said his communications had been intercepted and showed him conversing with criminal associates in Argentina and Peru as well as in Rome, where investigators say he met with mob members to get paid.

Authorities at Wednesday’s press conference confirmed that the investigation was not yet complete and that they estimated there were still 70 or 80 brokers linked to Ndrangheta’ operating in South America.

The suspects named in the investigation have yet to comment.