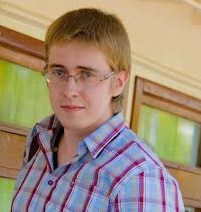 Nikita Tikhonov said at a court hearing on Monday that Ilya Goryachev told him in 2007 of making contacts among high-ranking Russian officials who approved of the neo-Nazi group that the two men went on to create, Forbes Russia reports.

Prosecutors believe that the Combat Organization of Russian Nationalists (BORN) was founded in mid-2008 in Moscow by Goryachev and Tikhonov, according to news agency MK.ru.

According to a statement released by the Prosecutor General’s office, BORN’s main purpose was to murder people on the grounds of ideological and national hatred and kill law enforcement officers in revenge for their work.

Charges against Goryachev include the creation of an extremist group and the murders of several people. Goryachev was extradited from Serbia in 2013 to face trial. He denies the charges.

Tikhonov, meanwhile, was sentenced to life imprisonment in 2011 for the 2009 murders of lawyer Stanislav Markelov and Novaya Gazeta journalist Anastasia Baburova. Goryachev’s lawyer, Mark Feigin, said at the time Goryachev was extradited that Tikhonov could have been pressured to testify against him.

The BBC’s Russian Service reports that Tikhonov claimed at a further hearing in Moscow City Court on Tuesday that Goryachev made it clear to him the murder of “anti-fascists” was an order from the authorities.

Tikhonov said Goryachev most frequently referred to Alexei Mitrushin, a former functionary of the pro-Kremlin nationalist youth movement Nashi who was, until recently, head of the Board of Deputies in Moscow.

But Goryachev, according to news agency RBK, said he was simply monitoring radical youth movements on Mitrushin’s orders.

It is not the first time that such allegations have been made.

Speaking to the New Times in 2014, Tikhonov, along with his girlfriend and convicted accomplice Yevgeniya Khasis, suggested that BORN had connections to the Russian authorities.

The Prosecutor General’s office said that in March 2015, other members of the ultranationalist gang were found guilty of committing nine ideologically motivated murders.