OCCRP Reporter Detained in Moscow, Banned from Russia until 2020

OCCRP journalist Stevan Dojčinović has been detained for 20 hours in a Moscow airport without explanation, deported, and banned from entering Russia until 2020. 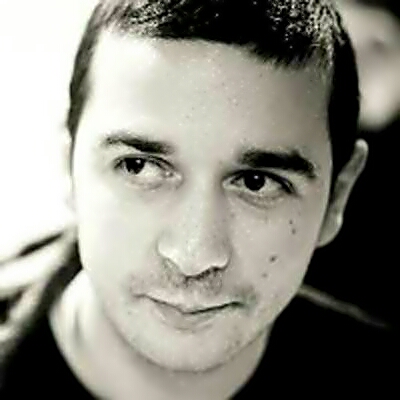 Stevan DojčinovićDojčinović was due to give a lecture at the Faculty of Journalism in the Russian city of Voronezh.

But as his passport was scanned at Moscow’s Sheremetyevo International Airport on May 13, an alert appeared in the computer system and the border guard told Dojčinović to sit down. After an hour’s wait, police arrived and took him to a room for questioning.

Dojčinović said that in the interrogation room a portrait of President Vladimir Putin bearing the words “Our Commander in Chief” hung alongside a long table. Officers presented Dojčinović with a document in Russian which he was asked to sign, while another police officer filmed the proceedings.

Dojčinović claims he asked for the document in English, and waited until the police returned with an interpreter. He was then told he had been blocked from entering Russia until 2020 under Law 114, which regulates entry and exit to the Russian Federation. He asked the police what he had done wrong, he claims, but the officers said they couldn’t tell him.

In an article in Newsweek Serbia, Dojčinović compared his situation Kafka’s novel The Trial, in which the main character is accused of a crime that is never revealed to him.

Seeking to avoid harassment and return home, Dojčinović signed the document, which said he was aware of being banned from entering Russia.

Dojčinović expected a quick return flight home. Instead, he was given a pillow and blanket and escorted to a detention center at the airport, where he was placed in a cell with several other foreign nationals.

One cellmate was working out with improvised weights made of water jugs. He spoke English and said he was a dentist from Syria who had been working in Dubai. The other cellmates appeared to be from Uzbekistan and Tajikistan, and had been detained over use of forged passports under the same law, number 114. It appeared that the Uzbek national had been detained for several months, and that the Tajik man was sick with kidney problems.

Dojčinović said he was given conflicting information from the guards as to how long he would be held. He regarded the ordeal as psychological harassment.

The next morning, he was deported to Belgrade.

The Independent Association of Journalists of Serbia described the incident as “scandalous”, saying Dojčinović "broke no law, nor is there any basis to limit his movement, all the more since he went to Russia on the invitation of the faculty”.

The Association called upon the Russian embassy and the Serbian Ministry of Foreign Affairs to explain why Dojčinović had been blocked from entering Russia.

Dojčinović is an investigative journalist who specializes in revealing links between organized crime and Balkan businessmen, as well as money laundering, private security and the gambling industry.

He also teaches journalists how to use business and property records in their reporting.