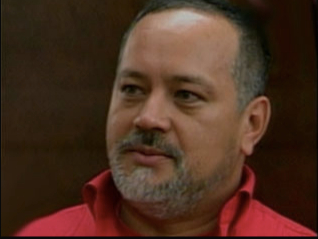 Diosdado Cabello. Pic: GlobovisionSeveral top Venezuelan officials, including the National Assembly President, are being investigated by the United States over their alleged role in the country’s growing drugs trade, according to reports.

The highest-profile target of the US Drug Enforcement Administration’s probes is Diosdado Cabello, a former military officer now head of the country’s congress, according to the Wall Street Journal. Cabello is considered Venezuela’s second most powerful man, rivalled only by President Nicolás Maduro.

Sources close to the investigation told the newspaper that cases against several high-ranking officials including Cabello were being built on the testimony of former cocaine traffickers and defectors.

Naval captain Lenny Salazar, said to have led Cabello’s security operation, told US authorities that he had witnessed Cabello’s direct involvement in supervising a large shipment of cocaine.

Cabello rose to prominence as a military strongman and supported an attempted coup by Chavez in 1992. He was able to translate closeness to Chavez, who became president in 1999, into several political roles including minister of public works and housing, minister of the interior and vice president.

Cabello has dismissed the accusations, while the Venezuelan Parliament has passed a motion defending him. In a press release Tuesday evening, Cabello claimed that the “attacks from the right” were “the result of a macabre plan to destabilise the Venezuelan population”.

Drug smuggling is thought to be on the rise in Venezuela, with many public officials complicit. According to the BBC, the US has already sanctioned at least 50 whom it accuses of human rights abuses and drug trafficking.

Pressure on the drug trade in neighbouring Colombia appears to have forced many narco-traffickers over the border. While Venezuela does not grow the coca plant or manufacture cocaine, estimates in the US State Department’s annual International Narcotics Control Strategy Reports suggest that between 161 and 212 metric tons of cocaine are shipped from the country each year, although data is scarce.

In its most recent such report, published in March 2015, the US State Department reported that “public corruption is a major problem in Venezuela that makes it easier for drug-trafficking organizations to move and smuggle illegal drugs”.

Major Mexican trafficking organizations including Los Zetas and the Sinaloa Cartel have also carved a foothold in the country over the past several years.