Spanish police working with the European Union police agency (Europol) report that they have dismantled a massive transnational money laundering network which has laundered more than US$ 337 million in the past six years, mostly in countries in southern Europe. 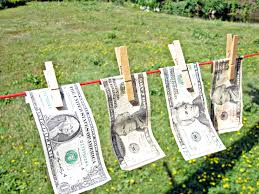 More than 200 Spanish police officers raided 65 properties in Madrid, Barcelona and Valencia on Monday, seizing 20 luxury cars and about US$ 1,1 million in cash. They arrested 32 suspected members of the group as part of the international police operation "Snake".

Spanish authorities plan to bring charges against another 47 people for money laundering, smuggling, forgery, and belonging to an organized crime group.

Europol says that the group, made up of Chinese citizens, imported counterfeit products into the EU using fake documents and sold the goods without declaring excise taxes – activities through which Spanish authorities estimate the group generated a profit of US$ 15 million. The profits are thought to have been laundered through a large network of associates who deposited smaller amounts of money into their personal bank accounts before transferring the funds to China.

Police believe that the group has been active since at least 2009, and that it is part of a larger criminal network linked to China. Most of the laundered funds have already been transferred to outside the EU, according to Europol.

The group is said to have established complex corporate structures and introduced third parties to cover up their transactions. They also allegedly offered the blueprints for their structures to other organized crime groups to launder their cash in exchange for a cut of the funds.

The probe into the group began two years ago, when Spanish authorities say they detected the illegal transportation of goods between the EU and China.

The "Snake" police operation is ongoing, with further arrests expected in the next couple of days.