Europe Seeks UN Approval to Use Military Might Against Human Traffickers 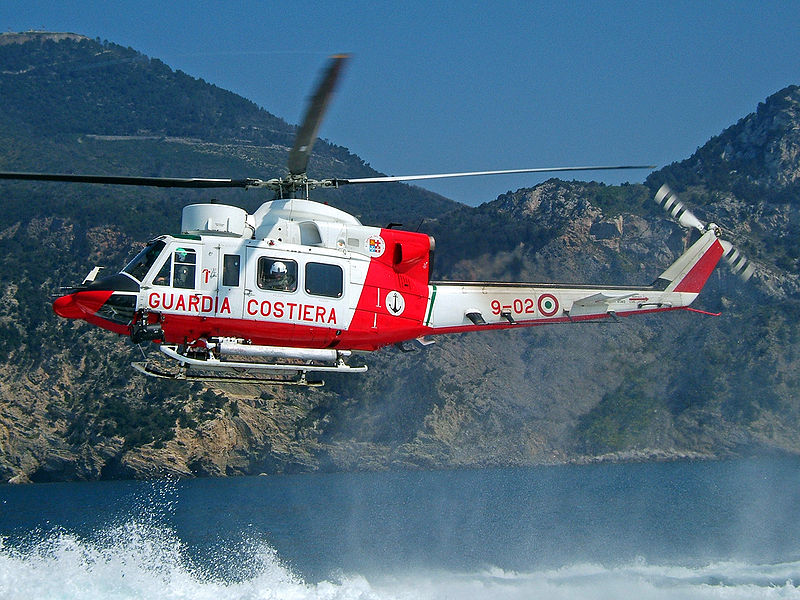 World leaders continue the search for solutions this week to a human trafficking crisis in the Mediterranean.

Last month, more than 800 migrants were killed in a tragedy that has been called the Mediterranean’s worst in living memory. In response, the European Union (EU) Commission proposed a ten-point action plan to tackle human trafficking networks, which recommended the use of military action to identify, seize and destroy boats before they are used by traffickers.

The UN Security Council met last Monday to draft a resolution that would authorize the EU to carry out its action plan, which particularly targets traffickers in Libya. Today (Monday) EU foreign policy chief Federica Mogherini is appearing before the Council to lobby for permission to use force.

The resolution would authorize EU military forces to carry out operations within Libyan waters and on Libya’s mainland. However, difficulties could arise since Libya currently has two competing governments both vying for power. Reuters reports that the group that controls Tripoli warned that they would “confront” any EU attacks on human trafficking sites.

The Guardian reports today that a draft of the resolution has been completed by British officials with official backing from the rest of the EU. It would allow the military to “neutralize” targets, but what this entails has been up for debate: Russia has agreed to the seizure of vessels but refused to approve destruction of the boats, arguing that such action is “going too far”.

The UN has previously called the EU’s present search-and-rescue operation “woefully inadequate”. Last November Italy’s coast guard mission, known as Mare Nostrum, was suspended and replaced by a new operation called Triton. Run by the EU border agency Frontex, Triton has only a third of the budget of its predecessor.

The EU is also discussing a radical new proposal to put in place a quota system to distribute a large influx of migrants among the EU’s 28 member states.

The EU system is due to be announced on Wednesday, but has been met with resistance by United Kingdom (UK) prime minister David Cameron and his newly formed Conservative majority government, which has vowed to reassess the UK’s relationship with the EU before a future referendum on membership.

Meanwhile, Turkish authorities stopped more than 1,000 migrants in a single day, most of them crossing the country’s eastern land border as they fled war-torn countries such as Syria and Iraq.

The developments come amid much official hand-wringing, midway through a year that has seen an unprecedented surge in people-smuggling into Turkey and EU countries as tens of thousands flee wars in the Middle East and North Africa. More than a thousand deaths have already resulted in 2015 as refugees resort to dangerous means of transport, such as overcrowded boats.

The UN Refugee Council warned last week that resources in Italy in particular had been hit hard by an increase in incoming refugees. Monasteries and former schools have been converted into temporary housing for those who survived the journey. With centers in Sicily already overstretched, incomers are now being sent as far north as Bologna.

The UN High Commission for Refugees spoke to a Syrian man called Zaidoun, who is staying at one a center in the Sicilian town of Ragusa. He recalls surrendering his life savings of US$ 14,000 to traffickers at a Turkish port to ferry himself, his pregnant wife and his two children to Italy. He said: “There were about a hundred people on the boat – mostly Syrians, but also some Palestinians […] We sailed for five days until the Italian Navy rescued us. We are happy and grateful to be alive and safe.”

Zaidoun is one of the lucky ones – according to the UN Refugee Agency, just five months into 2015, some 60,000 migrants have made the crossing to Europe, but at least 1,800 have perished at sea.

Turkey’s location at the crossroads between the EU and the regions devastated by the Syrian civil war and rise of the Islamic State make it a major hub for refugees, both settling and in transit. Turkish press reports that on May 5 alone, more than 1,000 migrants were stopped by authorities. More than half were attempting to cross the land border from Syria, Iran, and Iraq.

At the start of the month, 303 migrants were rescued by the Turkish coast guard in the Aegean Sea after attempting to reach Greece. Police arrested four people, including a Turkish national and two Georgians suspected of aiding the operation.

Turkish press also reports that in April, a court in the north-western province of Çanakkale sentenced a group for their involvement in the deaths of 24 migrants when a boat sank in the Aegean in July 2013. Four Turkish nationals – including the boat owner, the captain, and two others – were each sentenced to 30 years in prison for human trafficking and causing multiple deaths due to negligence.

Smugglers are also making use of social media to lure in migrants. The Guardian found that in Turkey, one such organization promised a trip to Italy on a luxurious tourist yacht. It was, however, a front for human traffickers. The pages include prices, schedules, and even contact information. As the Turkish navy cracked down on ships leaving Turkish waters, fake travel agencies have promised trips to Germany and Austria by car, at € 9,000 (US$ 10,040) per person.

Despite the recent surge in migrant deaths in sea crossings, the smugglers present a very different image. One based out of Turkey posted an image of his supposed clients sunbathing on a boat, writing: “The people are having fun on their way to Italy, and they are happy.”

Image From Wikimedia by Nicola Romani