Freedom House Reports: Free Press is Weakened in the Balkans, Backsliding in Azerbaijan

Only one in seven people in the world live in a place where coverage of politics in the media is robust and journalists can work without legal and economic problems, according to a report released by Freedom House today. 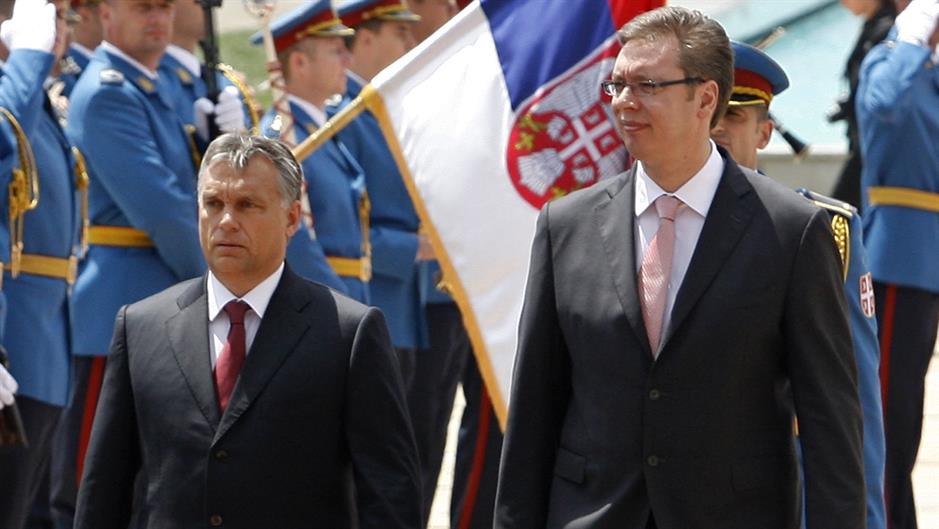 Prime Ministers Viktor Orban and Aleksandar VucicThe human rights organization said this year marked a ten-year low in media freedom around the world, which it attributed to an increase in restrictive media laws and the difficulty of access for journalists to certain areas of the world due to violence.

Human rights organization Freedom House assessed the press freedom of 199 territories and countries around the world over the last year. They evaluated journalists’ capacity to operate in each jurisdiction and studied the nature of their interactions with governments and businesses. Each country or territory is labeled free, partly free or not free.

The report called Azerbaijan a “major backslider” in media freedom after authorities raided and closed the offices of Radio Free Europe/Radio Liberty (RFE/RL) in Baku and arrested investigative journalist Khadija Ismayilova, along with nine other journalists detained before December.

It also remarks on a five-year trend of reduced press freedom in both Hungary and Serbia. Prime Minister Viktor Orban of Hungary was criticized for placing increased pressure and influence on media outlets, while a worsening press atmosphere in Serbia was characterized as part of a wider deterioration in freedoms in the Western Balkans.

The report cites the Serbian government’s response to a report by the Balkan Investigative Reporting Network Serbia, an independent media organization, which discussed a € 15 million (US$ 17 million) contract for the dewatering of a coal mine in Tamnava. Prime Minister Vucic called the journalists liars and claimed the European Union had funded the organization in a plot to unseat him.

Russia also comes under fire in the study for “suppressing independent reporting and deploying state-controlled outlets to attack domestic dissent and foreign adversaries,” particularly with regard to one-sided coverage of the conflict in Ukraine over the past year. Following the annexation of Crimea in early 2014, Freedom House reports that it was brought under Russian Press laws, which introduced increased media restrictions and incidents of the harassment of journalists.

In Ukraine, meanwhile, five journalists were killed amid conflict in the east of the country and in clashes between protesters and police in February 2014.

The report concluded that access to information is a “central pillar of any free society”, and must be urgently addressed.