Romanian authorities raided more than 40 homes across the country Sunday to take down a transnational cyber-criminal group accused of coordinated thefts that netted more than US$ 15 million from bank accounts in 24 countries. 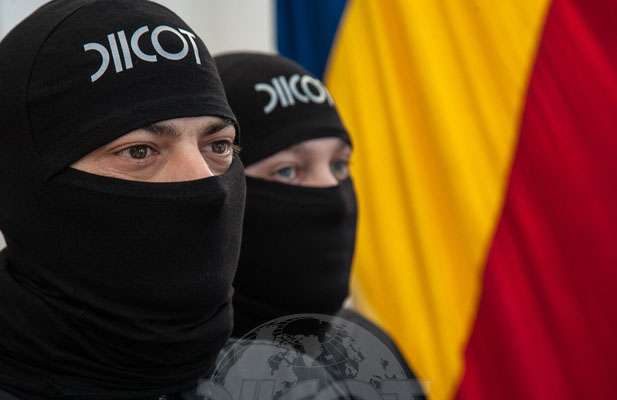 DIICOT OfficersThe accused cyber-criminals are suspected of stealing bank account information from American and Omani bank computer systems, then printing and distributing clone cards for members to make ATM withdrawals on days the banks were closed. The Romanian anti-organized crime directorate, DIICOT, reports the group consists of 52 members, Romanian and foreign, who coordinated their theft through simultaneous bank withdrawals around the world.

They allegedly withdrew amounts totaling more than US$ 15 million in 34,000 transactions in countries including the United States, Germany, Belgium, Canada, Russia, Japan and Ukraine. DIICOT is investigating the group’s activities from February to December 2013.

Authorities confiscated laptops, mobile phones, two kilograms of gold, paintings and € 150,000 (US$ 160,000) in cash, and plan to put liens on the suspects’ property.

According to the US Embassy in Bucharest, Americans and Romanians lose hundreds of millions of dollars to cyber crime every year. The small town of Ramnicu Valce in central Romania has been called the “cyber crime capital of the world.”