Border authorities discovered 73 Syrian migrants packed into the back of a furniture truck on Saturday as the driver tried to cross the Romania-Hungary border. 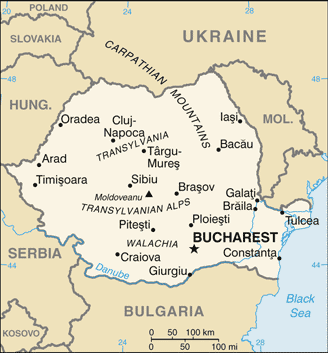 Map of RomaniaAccording to the Associated Press, the truck was bound from Turkey to France when Romanian customs officials stopped the Turkish driver at the Nadlac border crossing. Reports said there were 74 people in the truck, including 73 Syrian nationals and one Iranian, aged from 12 to 41.

The group could face charges for crossing the border illegally, while the driver is suspected of trafficking migrants.

Many migrants have tried to reach the European Union using illegal channels, leaving them vulnerable to organized criminals specialized in making money from human trafficking.

According to Europol, the EU’s police force, smuggling gangs sent 220,000 migrants on dangerous sea routes over the Mediterranean to EU countries in 2014 alone.

Few Other Options for Migrants?

Stephanie Hepburn, journalist and human trafficking expert, has written in a blog for The Trafficking Research Project that: “Refugees, having been displaced from their home country, are vulnerable to human trafficking because they face continued uncertainty, financial strain, and lack of legal and/or social inclusion.”

The journey of Syrian refugees can be fraught with danger. In an attempt to depict their plight, the BBC has launched an interactive project called 'Syrian Journey: Choose your own escape route’. The users must choose between two options at each step of the process as they try to gain asylum in the European Union. The game has drawn criticism for making light of the subject from some quarters, but been lauded for its accessibility by others.

Recent initiatives by Europol working with national police forces aim to clamp down on illegal human smuggling. But critics cite a lack of alternatives for migrants from war-torn countries. Refugee law expert James Hathaway has argued that, since victims of war cannot seek asylum until they officially leave their home country, human traffickers are a vital part in the chain for some refugees to reach safety.