Former finance minister Darius Valcov was interrogated by Romania’s anti-corruption agency on Friday after the discovery of a hoard of 101 works of art allegedly belonging to him. 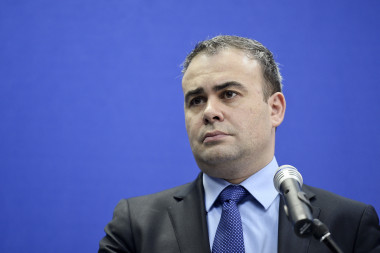 Prosecutors say the extraordinary collection had been hidden by four of Valcov’s friends, according to Deutsche Welle. It was uncovered during the raids on Thursday of several properties in the capital Bucharest and the southern town of Slatina, during a corruption probe into the former minister.

Valcov resigned on March 15 after being charged with accepting € 2 million (US$ 2.1 million) in bribes in return for helping a firm win public works contracts, during his previous role as mayor of Slatina.

He is now suspected by the National Anti-corruption Directorate (DNA) of indirectly obtaining the stash of paintings using funds from suspect deals.

An earlier raid had uncovered three paintings in the safe of a friend of Valcov, including one signed “Renoir”, along with € 82,000 (US$ 90,000) in cash and gold bars.

Valcov was arrested last Wednesday after Parliament voted to revoke his immunity. In Romania, prosecutors need parliamentary approval to detain lawmakers for corruption committed while in office.

Valcov is the highest-ranking official to be targeted by a DNA probe.

The former minister denies wrongdoing. He told Reuters: "I can't comment more, but I can only say I am innocent and will try to prove my innocence until the very end. I will explain this in parliament."