The treasurer of Brazil’s ruling party Joao Vaccari will go to trial on corruption and money-laundering charges, according to court papers revealed on Monday. 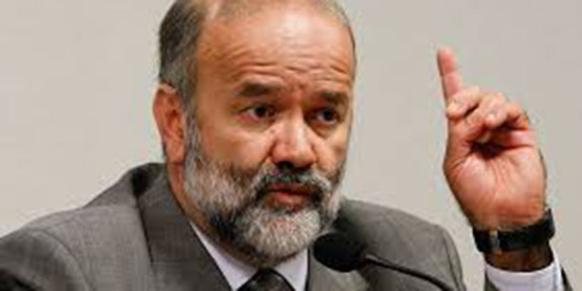 Joao VaccariVaccari is one of the biggest names out of 27 who will be tried over the Petrobras scandal for soliciting "bribes in the form of electoral donations" for the ruling Workers Party (PT), according to Deutsche Welle. He is suspected of accepting more than US$ 1.2 million, in part of the giant corruption affair that has engulfed state-controlled oil corporation Petrobras.

The scandal erupted in March with the arrest of former Petrobras director Paulo Roberto Costa on suspicion of money laundering. Costa was charged with bribery in July and, in October, gave evidence to prosecutors including an admission that he had accepted bribes.

Prosecutors continue to investigate a decade-long scheme of bribery that saw construction and engineering companies pay huge kickbacks for inflated contracts with Petrobras. A total of US$ 3.8 billion is thought to have been siphoned from the company by politicians and government allies, according to Business Insider.

President Dilma Rousseff, of PT, was chairman of Petrobras during a large portion of the period under investigation, which stretches as far back as 1997. Prosecutors have not found any evidence of Rousseff’s involvement, but the scandal has seen her approval ratings plummet to 18.9 percent. 60 percent of the public is now in favor of impeachment, Deutsche Welle reports. Rousseff has claimed she was unaware of wrongdoing during her time at Petrobras.

Petrobras chief executive Maria das Graças Foster resigned on Feb. 4, along with five other company directors. She had been hand-picked for the post by President Rousseff. Graças Foster is not suspected of receiving bribes, but is accused of ignoring tip-offs on the existence and extent of the corruption, according to the Guardian.

PT said last week that Vaccari would retain his position as treasurer unless proven guilty. The investigating judge in Curitiba, southern Brazil, has not called for his arrest.