Romania: Anti-Corruption Chief is Second High-Ranking Official to Quit in a Week

The chief of an anti-corruption agency in Romania has quit in the wake of allegations that he participated in a property scam that may have defrauded the Romanian state of up to €75 million (US$ 79.6 million). 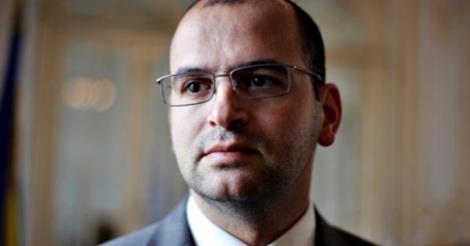 Horia Georgescu, director of the EU-backed National Integrity Agency that oversees conflict of interest rulings in Romania, was arrested by police on Monday and detained for 24 hours. He is accused of overvaluing properties during a previous role on the commission for National Authority for Property Restitution from 2008 to 2009. As part of the restitution process, compensation was awarded and properties returned to the owners of homes seized by the state during the nationalization of real estate in Romania’s communist period.

Romania’s national anti-corruption department, the DNA, has launched an investigation into Georgescu, focusing on the evaluation of three properties in the central European state’s capital, Bucharest, with a total estimated worth of approximately € 130 million (US$ 138 million). Georgescu was allegedly involved in overvaluing these properties by €75 million (US$ 79.6 million). According to the Telegraph, the 38-year-old’s lawyer said Georgescu denies the allegations but has stepped down to protect the reputation of the National Integrity Agency.

Prosecutors have not publicly specified how Georgescu could have benefited from the alleged abuse of power, but the DNA statement mentions the possibility he acted for “undue benefit for himself or other”. Seven others have been detained this week in relation to the case.

Prime Minister Victor Ponta refused to comment specifically on this case, but admitted, “A lot of illegal things happened in the restitution process,” according to the Associated Press.

Georgescu’s departure is the second resignation of a high-ranking official investigated by the DNA this week. Finance minister Darius Valcov quit on Sunday, March 15, in the wake of allegations that he accepted € 2 million (US$ 2.1 million) in bribes between 2010 and 2013 for public works contracts. Valcov denies wrongdoing.