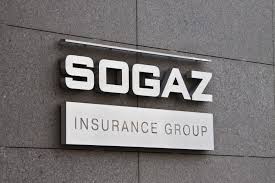 Sogaz Insurance GroupThe newspaper reports that the Russian insurance company Sogaz, originally established by the energy giant Gazprom, is providing cover to a number of sanctioned Russian companies. Sogaz itself should be subject to sanctions, since 51 percent of the company formerly belonged to Abros, a wholly owned subsidiary of the sanctioned Bank Rossiya.

However, a week before Bank Rossiya was black listed in March 2014, the bank transferred 2.5 percent of its shares to a subsidiary of Sogaz called Sogaz Realty. A legal loophole then ensured that Sogaz would not be penalized, since no single sanctioned company now controlled more than 50 percent of it.

The Economist says that loophole was closed in August with the introduction of a new rule ensuring that a company falls under sanctions if the total stakes of blacklisted individuals add up to 50 percent or more. This should mean penalties for Sogaz.

However, apart from the 48.5 percentowened by Banka Rossiya, 12.5 percent of Sogaz is owned by Kordeks – a company controlled by another blacklisted Russian oligarch.

Sogaz dodged sanctions again two days before the new rules were announced, with Bank Rossiya transferring another 16.2 percent of ownership to a subsidiary of Gazprom, which is subject to a set of milder sanctions. Thus, as only 44.8 percent of Sogaz was now owned by sanctioned parties, the company escaped full penalties.

According to the Economist, specialist lawyers have pointed out that oil barons and the like have repeatedly used such tactics. While this means that blacklisted oligarchs are pressed to dispose of their shares, the companies still avoid sanctions, undermining the credibility of Western powers wishing to appear tough.