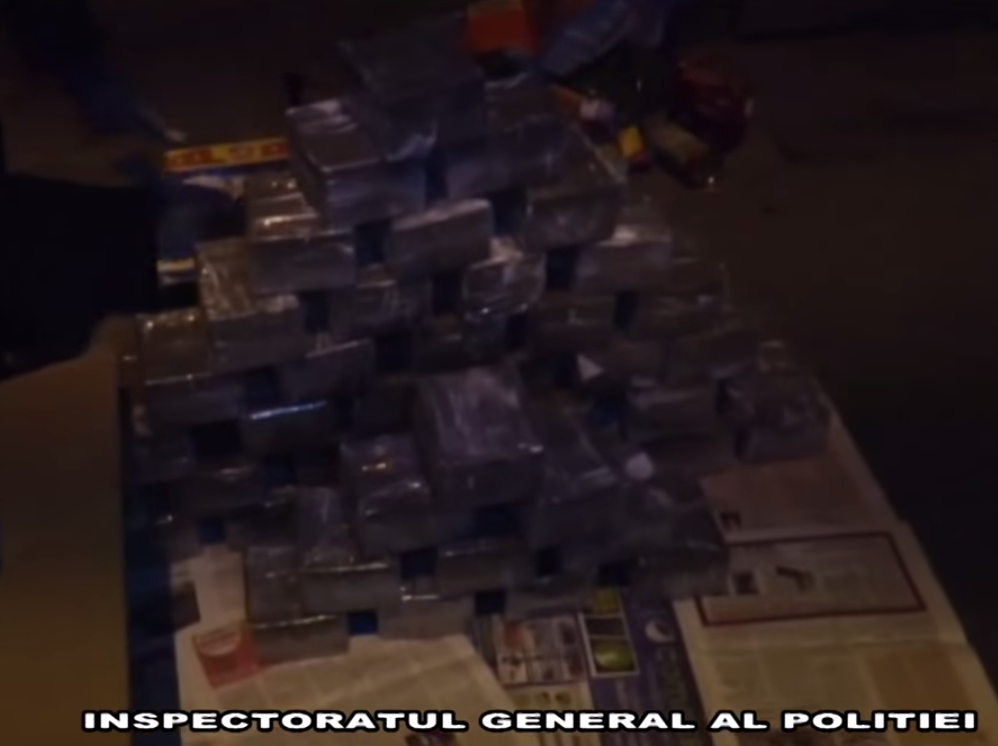 The hashish seizure, General Police Inspectorate websiteThe arrests and large drug seizure were the result of a six-month investigation by the Moldovan General Police Inspectorate and Prosecutor General. The hashish had been hidden in laundry detergent containers along with more than 200 ecstasy pills and 50 packages of marijuana. The drugs, thought to have been purchased in Spain, were to be sold in Moldova and Russia.

According to police, the street value of the drugs was four million Moldovan leu (US$ 1 million).

Police arrested the alleged ringleader, the person suspected of transporting the drugs, and three people thought to be responsible for hiding the narcotics and recruiting new members. They are aged 27 to 59, and come from the Moldovan cities of Chisinau, Soroca and Ialoveni. Moldovan authorities do not release the names of arrested persons until proven guilty.

Police have launched a criminal case for drug distribution. If convicted, the suspects could face 7 to 15 years in prison.

Global Times called the hashish seizure the largest in Moldovan history, though OCCRP has not been able to confirm this with police. According to the European Monitoring Center for Drugs and Drug Addiction, a total of 89.73 kilograms of hashish was seized in Moldova in 2012.