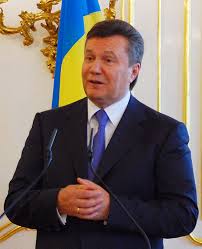 The so-called red notice naming Yanukovych allows any police force that may detain the former president to hand him over to Ukraine. Ukrainian authorities have accused the 64-year-old of abuse of power, misappropriation and embezzlement. He has lived in Russia since he fled Ukraine last year amidst mass street protests that he had attempted to violently suppress.

Russia Today reports that, according to Russian Prosecutor General Yuri Chaika, Russian authorities had not yet recieved any official requests from Ukraine to extradite Yanukovych. Chaika said that Russia would comply with international law regarding any future extradition requests.