In the latest part of a long investigation into an organised crime group, Austrian and Romanian authorities in cooperation with the EU'spolice force (EUROPOL) have identified 350 woman engaged in prostitution in Carinthia, Austria. The women were mostly Romanian citizens, and 15 were thought to be possible victims of human traffickers. 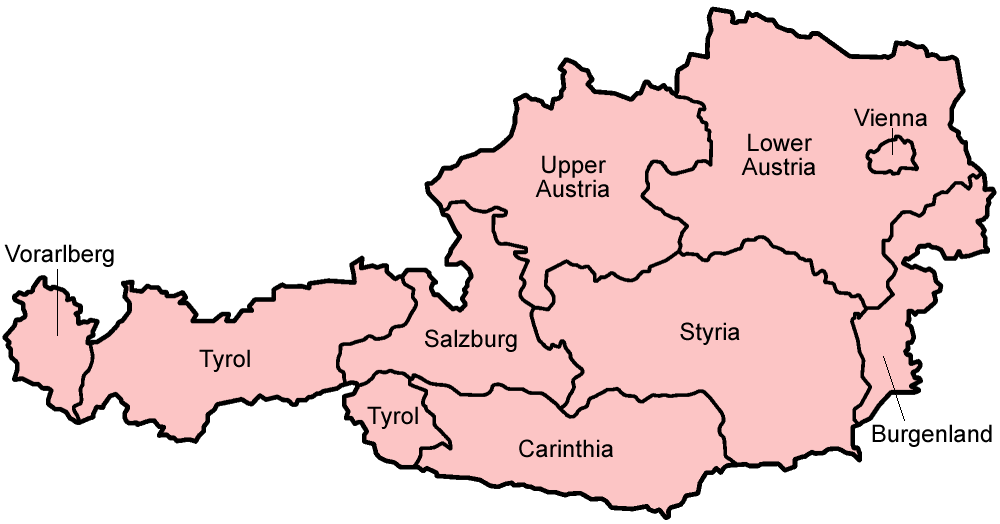 Map of Austrian states showing Carinthia
The goal of the operation was to identify victims of human trafficking and arrest perpetrators.On Dec. 11, Austrian police ran checks on 41 brothels, 30 apartments, and 20 gambling houses.They are now investigating 63 men under suspicion of human trafficking.

This is the third operation targeting the crime ring, whose trafficking activities were tracked by authorities across European countries in 2013.The group is suspected of trafficking young women from Eastern Europe to Western Europe for sexual exploitation. The investigation is conducted in cooperation with German, Swiss, and Romanian authorities. A number of minors being sexually exploited in brothels were foundin the two previous operations, conducted on May 20 and Sep. 4, 2014. The girls were threatened with violence to continue sex work and to hand over their proceeds to the traffickers. It was also found that the trafficking group provided the underage victims with fake IDs.

According to the Eurostat human trafficking report for 2014, Austria is among a group of countries that has reported a gradual increase in registered sex victims during the last three years. The report identifies Romanian, Bulgarian and Latvian citizens as most likely to be victims of sex trafficking.