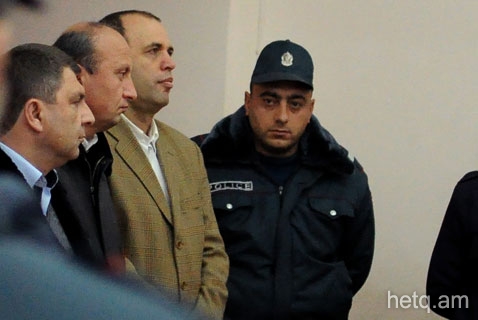 Thirteen Armenian officials, including the former head of the State Social Security Service (SSSS), have been convicted of embezzling from uncollected pension funds.

The group was found guilty at a district court in the capital of Yerevan of collecting over US$ 575,000 over a four-year period from 2006 to 2010. The money they took had been allocated to pensioners who had died or moved out of the country, reports Hetq.

Vazgen Khachikyan, who headed the SSSS while the scheme was underway, was sentenced to 12 years in prison. Five others were each sentenced to five years and five months’ jail time. The remaining seven were sentenced to one year’s probation. The group was also fined US$ 654,000.