Giulio Tremonti, the former Minister of the Economy, is being investigated for allegedly accepting a US$ 3 million bribe—an accusation that he denies.

Milan prosecutors say Tremonti accepted the money in 2008 from Finmeccanica, a state-controlled aerospace and defense company. 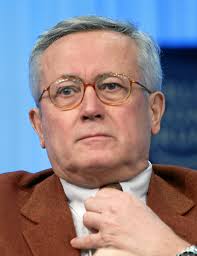 Officials believe that Finmeccanica paid the then-minister to drop his opposition to its US$ 5.2 billion takeover of US defense contractor, DRS Technologies.

Tremonti said that he took office only four days before the acquisition was finalized on May 8, 2008. He claimed that he would not have had the time to influence a project that had been in process for months, reports Reuters.

Just this month, Guiseppe Orsi, Finmeccanica’s former CEO, and Bruno Spagnolini, CEO of its subsidiary AgustaWestland, were both sentenced to two years in jail for falsifying invoices to win an Indian government contract, according to Reuters. However, they were acquitted of more serious charges of paying millions of dollars in bribes to Indian officials.

Finmeccanica’s new CEO, Mauro Moretti, called the end of the case a positive development, acknowledging the company’s reputation has been hurt during a time when it is in the process of restructuring.

India terminated the Finameccanica contract in January 2013 and banned future contracts with the company in August 2014, Reuters reports. According to a Finmeccanica spokesperson, the company is looking to repair its relationship with the country, and Moretti has requested a meeting with India’s Defense Minister Arun Jaitley. Finmeccanica declined to comment on Tremonti’s case.