In ports across the United Kingdom, shipping containers may conceal stolen vehicles destined for other countries. A recent operation by British authorities seized many of these vehicles before they could be smuggled overseas. 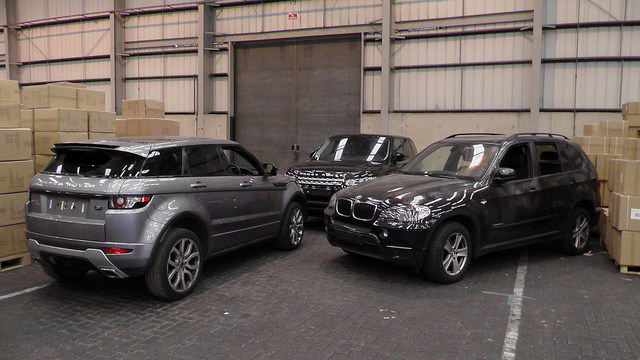 Police said the vehicles were destined for Africa, Cyprus, France, the USA, Malaysia and Burma. The stolen goods, which also included a container of parts from 29 stolen BMWs, were worth nearly US$ 2 million.

Although the operation took place at 12 ports, seizures were only made at the Scottish port of Grangemouth and six English ports: Hull, Immingham, London Gateway, Felixstowe, Tilbury and Southampton.

The NCA released a video of the operation:

“Exporting and selling stolen vehicles on the black market is a lucrative business for organized crime groups,” said Tom Dowdall, deputy director of the NCA’s Border Policing Command. “We know some groups even pay for drug shipments with cars.”

Eighteen of the recovered vehicles had been stolen from individuals in UK and Europe. Many of the others, which were bought on credit by companies, were obtained through credit fraud.