The former chief minister of the Indian southern state of Tamil Nadu, Jayalalitha Jayaram, was denied bail on Oct. 7 after a high court in the neighboring state of Karnataka said there was no reason to suspend her conviction, according to the BBC.

Jayaram, 66, was sentenced to four years in prison after her conviction last month in a case that stretches back 18 years. She was found guilty of illegally amassing nearly US$ 10 million during her first of three terms as chief minister. The court also ordered her to pay a US$ 16 million fine, reports International Business Times. 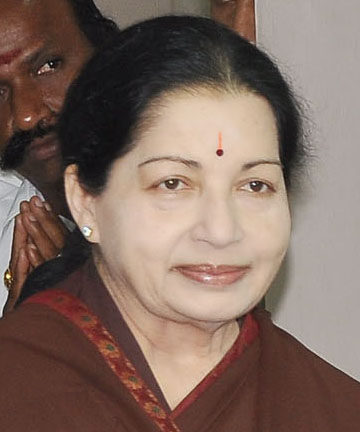 Her lawyers requested bail due to Jayaram’s poor health.

Jayaram, a former actress, is a popular yet divisive figure in India. She reportedly led a lavish lifestyle, and caused a national stir in 1995 when she spent hundreds of thousands of dollars for her foster son’s wedding, writes the International Business Times.

While she is in jail in Karnataka, her supporters have been camping outside the prison since late September. Some have gone on hunger strikes or shaved their heads to express their mourning for their leader, whom they call Amma (mother).

According to the New York Times, her conviction has also caused instability in her political organization. The jailed politician is head of the regional-based AIADMK political party that now holds power in Tamil Nadu. Her aide, O. Panneerselvam, has replaced her as interim chief minister of Tamil Nadu, says International Business Insider.