A South African court has suspended the corruption trial of politician Julius Malema on September 30 because not all of the lawyers were present, pushing the trial to August 2015, reports BBC News.

Al Jazeera writes that 33-year old Malema and four business associates face accusations of lying in order to secure a government public works construction contract worth nearly US$ 5 million in his home province of Limpopo. Malema allegedly used the money to buy a farm and a Mercedes Benz.

The founder and leader of the left-wing opposition political party Economic Freedom Fighters (EFF) denies the allegations and claims that the charges against him are politically motivated due to his high-profile dispute with South African President Jacob Zuma. 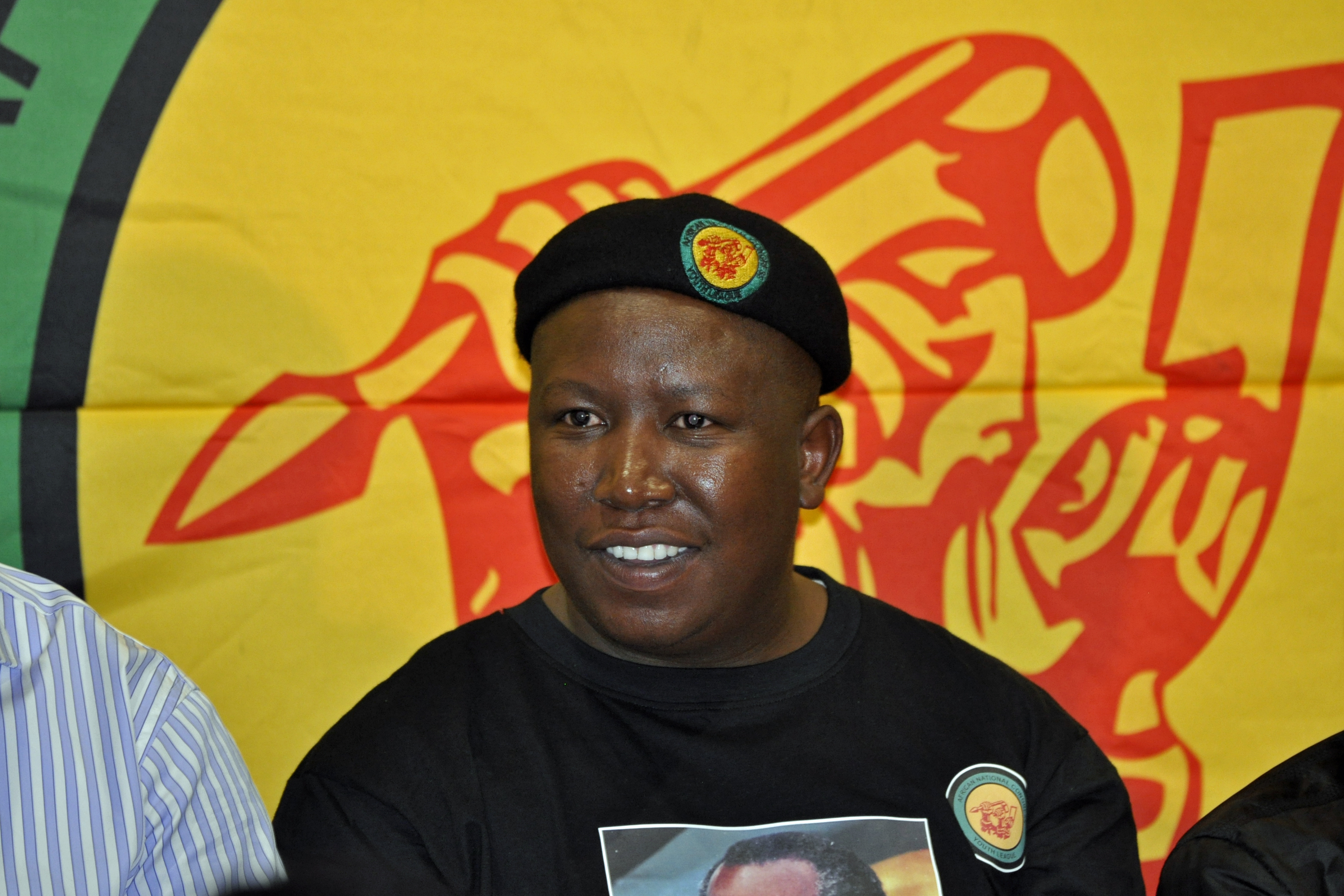 Malema made headlines in August for disrupting parliamentary proceedings and led the chant “Pay Back the Money” against his political opponent President Zuma, accusing him of wasting US$ 24 million of public money to renovate his home, says the BBC.

Malema became a prominent political figure in 2008 after his appointment as head of the youth wing of the African National Congress (ANA), the national ruling party of South Africa since 1994. After his expulsion from the ANA in 2012 due to a dispute with President Zuma he formed the EFF in the same year, which won 25 parliamentary seats in the May 2012 elections, just months after the party’s formation.

A throng of supporters clad in red berets and EFF T-shirts led a night vigil for their leader and chanted “Hands off our commander and chief, hands off”, reports News24. Malema told the crowd that he has nothing to hide or fear and challenged the credibility of the ANC.

“They (ANC) try by all means to isolate you and make sure you become irrelevant. We want to challenge the ANC and show society that the ANC has become irrelevant,” said Malema and reported by the Tanzania-based English newspaper The Citizen.

If Malema is found guilty, he could face a heavy fine and a maximum jail sentence of 15 years. He would also lose his seat in Parliament and would thereby get rid of him as a troublesome political opponent to the ANC, says Al Jazeera.