Police in Colombia are investigating whether Mexico's Sinaloa Cartel is behind four recent murders in the port city of Buenaventura, amid growing concern over the cartel's presence in Colombia, with reports that the group met with gangs in Medellin.

The police commander in Buenaventura, Colonel Jose Miguel Correa, said the authorities are investigating the possibility that the Sinaloa Cartel carried out four recent murders in retaliation for a recent cocaine seizure, reported El Tiempo. The seizure -- which took place in August -- saw anti-narcotics police confiscate 1.3 tons of cocaine, thought to belong to the Sinaloa Cartel, that had been hidden in a shipping container bound for Guatemala, reported EFE.

According to El Tiempo, police believe the Sinaloa Cartel may be making a bid to take over drug shipments in Buenaventura now that one of the city's main drug trafficking groups, the Bustamente clan, has been decimated by a series of recent captures. Correa stated that police were trying to determine whether the Sinaloa Cartel plans to completely take over drug shipments in the city or form alliances with local groups. 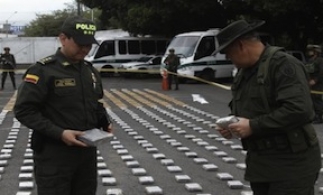 The director of Colombia's anti-narcotics police, General Ricardo Alberto Restrepo Londoño, told EFE that the cartel had established a presence in Colombia's Pacific region in order to directly negotiate cocaine shipments and cut out intermediaries, so they could increase their profits.

Police investigations into the Sinaloa Cartel's role in recent Buenaventura murders come amid reports of the cartel's activity in other regions of the country.

Earlier this week, El Tiempo published an investigation on a suspected meeting between Sinaloa Cartel emissaries and local Medellin gangs that sparked a debate among officials about the nature and extent of the group's presence in Colombia. Medellin officials said there was no evidence to suggest the meeting took place, but the police and the city's ombudsman told the newspaper that the meeting had taken place.

Like Medellin, Buenaventura is a key location to control for the Sinaloa Cartel. The port city is important as a drug shipment point, and for its proximity to coca-growing regions. The Sinaloa Cartel used to work with the Rastrojos in Colombia's Pacific region before the group's decline, and is likely in the market for a new ally.

By Kyra Gurney, used with the permission of InsightCrime