Police officers from the State Investigation and Protection Agency (SIPA) on Sept. 3 arrested 16 people suspected of raising money and recruiting people to fight for the Islamic State of Iraq and Syria (ISIS).

According to SIPA, those arrested are being held in connection with financing, organizing and recruiting citizens of Bosnia and Herzegovina (BiH) to fight in Syria and Iraq. 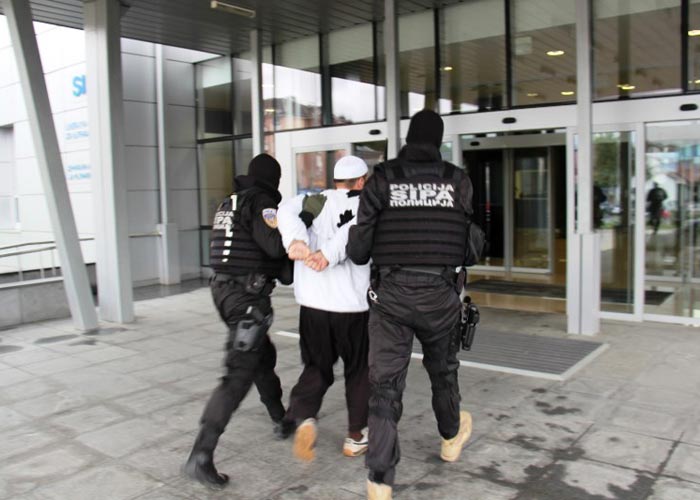 Police say that during the raids they found ammunition and other military equipment, computers and mobile phones.  They said little else about the raid, including where the money is coming from or how many fighters may have been recruited, if any.

Gornja Maoca in the municipality of Srebrenik is considered a stronghold of the Wahabi community of conservative Muslims in BiH, notable for being the target of numerous police raids.

SIPA only identifies those arrested by initials. One of the suspects arrested was identified by local media as Bilal Bosnic, one of the leaders of the community. A second was Hamdo Fojnica, the father of Emrah Fojnica, who was suspected of helping Mevlid Jasarevic organize a terrorist attack on the US Embassy in Sarajevo in 2011.

Emrah Fojnica was released from custody due to a lack of evidence. He died in a suicide attack in Iraq in August fighting for ISIS, a jihadist group in the Middle East that has been designated a foreign terrorist organization by the United States, Australia, Canada, Saudi Arabia, the United Kingdom and Indonesia.

Operation “Damask” was carried out on the order of the BiH Court and the BiH Prosecutor’s Office, and in cooperation with the BiH Intelligence and Security Agency and local-level police forces.