Five police officers in Delhi are under investigation for demanding bribes in incriminating video and audio clips sent to a new anti-corruption help line.

The Delhi Police Vigilance Branch help number, launched Aug. 6, allows citizens to make reports by phone call or the WhatsApp instant messaging service. In the help line’s first week, the department received video and audio clips via WhatsApp that led them to open investigations on two cases, the department reported. 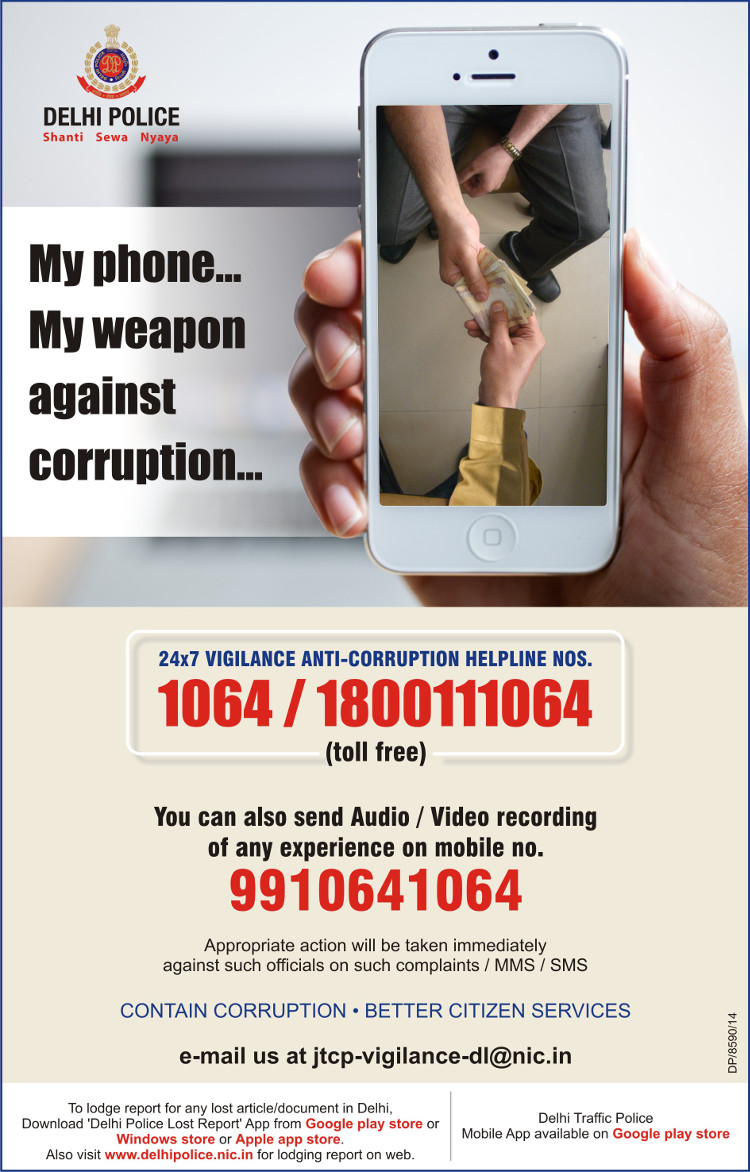 In the first case, a person took a cellphone video of Assistant Sub-Inspector Tuki Singh from Hauz Qazi Police Station accepting a bribe from him in lieu of a document verification process.

The second case accuses a group of officers of demanding monthly payments from a shopkeeper to run his business over the past year. The victim sent in six audio recordings from several encounters in which police from Ranjeet Nagar Police Station met with him, negotiated monthly payments, and extorted him for additional payments.

Deputy Commissioner Sindhu Pillai told the BBC that public response to the help line has been good, and most of the messages received so far have been from people who want to know more about the service.

“Once we get an audio or video clip, we ask the complainant to come to our office and give a written complaint,” she said. “We get the recording checked at the forensic science laboratory to make sure it’s genuine, and once the authenticity is established, action is taken against the errant policeman.”

In an April blog post announcing its 500 millionth user, WhatsApp noted that India is one of its fastest-growing countries, along with Brazil, Mexico and Russia.