The Independent Election Commission of Afghanistan announced the preliminary results of last month’s second round of the presidential runoff yesterday, but because of allegations of fraud election announced no final winner yet, reports The Guardian.

According to the commission, former World Bank economist Ashraf Ghani leads with 56.44 percent of votes, while his rival Abdullah Abdullah trails with 43.56 percent.

This is a major change from results of the first round in April when, according to the official election results, Abdullah led with 45 percent and Ghani pulled down 31. 56 percent of the vote. 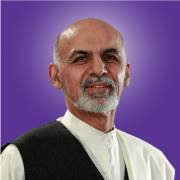 According to Reuters, claims of election fraud could fuel ethnic unrestin Afghanistan. The  two candidates draw support from different groups.  Ghani appeals to Pashtun tribes in the south and east of the country. Abdullah, the son of a Pasthun father and Tajik mother, is supported by the Tajik minority in northern Afghanistan.

Ahmad Yusuf Nuristani, head of the election commission  said voter turnout in the second round of more than 8 million voters was a 20 percent increase from the first round, reports The Guardian.

Nuristani said the commission does not deny voting violations happened. He spoke of the involvement of some security forces, senior government officials such as governors and lower-level officials.

He said final results would wait on an audit and investigation of voting at some of the 23,000 polling stations, and be announced July 24, according to the Times of India.

Abdullah’s spokesperson Fazel Sancharaki said their initial demand was for the inspection of 11,000 polling stations under UN supervision.