Authorities in El Salvador are investigating the possible role of death squads in a spate of recent murders of gang members, the clearest indication yet that gang violence has led to extrajudicial killings in the country.

El Salvador's Security Minister Benito Lara confirmed officials are looking into the possibility that death squads are behind a wave of recent murders in the province of La Paz, reported La Prensa Grafica.

The killings share a modus operandi that suggests the involvement of organized vigilante groups: men dressed in clothes similar to police uniforms knocking on the doors of known gang members and shooting them dead on the spot. 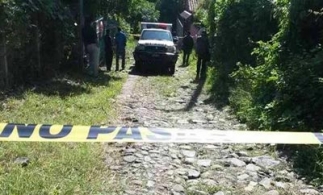 In the most recent case, four alleged gang members -- three men and one woman -- were massacred in this way.

Police Director Mauricio Ramirez Landaverde blamed gangs, saying criminal organizations had begun to adopt such methods, but did not rule out the participation of police.

The murders were the fourth such massacre to take place in La Paz so far this year, according to La Prensa Grafica.

Whisperings of the return to the use of death squads in El Salvador -- a popular tactic during the country's civil war -- have been building for some time. The gangs themselves denounced the growing presence of such groups in their public statements. Those working closely with the gangs to try to lower violence also say death squads have been targeting gang members.

Anonymous police sources told newspaper La Pagina that one such group was already in operation in the municipality of Zacatecoluca as far back as January this year, although little solid evidence has emerged to support this claim.

The latest killings and the investigation that Security Minister Lara announced add further weight to the assertions that death squads have returned and that they are connected to the security forces.

The recent wave of attacks in which gangs have targeted police may well exacerbate the situation and fuel the growth of death squads.

by James Bargent. Used with permission of Insight Crime