Claudio Scajola, the former Italian Minister of the Interior, was arrested in Rome on Thursday for aiding fugitive and former Member of Parliament Amedeo Matacena.

Matacena was sentenced to five years in jail in June 2012 for the Italian crime of “external participation in Mafia association,” or corruption. After fleeing Italy shortly after the verdict, Matacena was arrested in Dubai that August, Il Fatto Quotidiano reports. 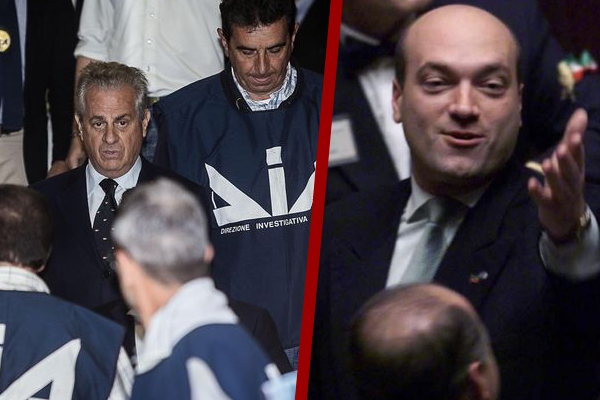 According to prosecutors, Matacena has since then been attempting to flee to Lebanon, which has been reluctant to honor extradition requests by Italian authorities.

Police say that during the investigation a number of wiretaps showed Scajola speaking with Matacena's wife, who was arrested on May 11 in France.

The operation was run by the Anti-Mafia Bureau of Reggio Calabria, Italy, and led to the arrest of seven other people in addition to the former Italian minister.

Authorities also seized seven companies controlled by intermediaries close to Scajola, two of which were registered in Luxembourg and two in Liberia. The seven companies are worth about US$ 69 million.

Scajola was Minister of the Interior from 2001 to 2002 and Minister for Economic Development from 2008 to 2010— both times under Berlusconi's administration.