On Tuesday, an Azerbaijani court sentenced eight activists from NIDA,  a youth civic action and opposition movement,  to between six to eight years in jail each, reports Radio Free Europe/Radio Liberty (RFE/RL)

According to critics, the ruling highlights the regime’s intolerance for dissent in the majority-Muslim former Soviet country in the Caucuses.

The eight NIDA activists were arrested in March 2013 for taking part in an anti-government protest in Baku, the capital of Azerbaijan.  According to the Institute for War and Peace Reporting (IWPR), the group was protesting the deaths of military conscripts.

The activists are accused of illegal drug and weapons possession, and for conspiring to organize mass riots through a “Facebook revolution.” 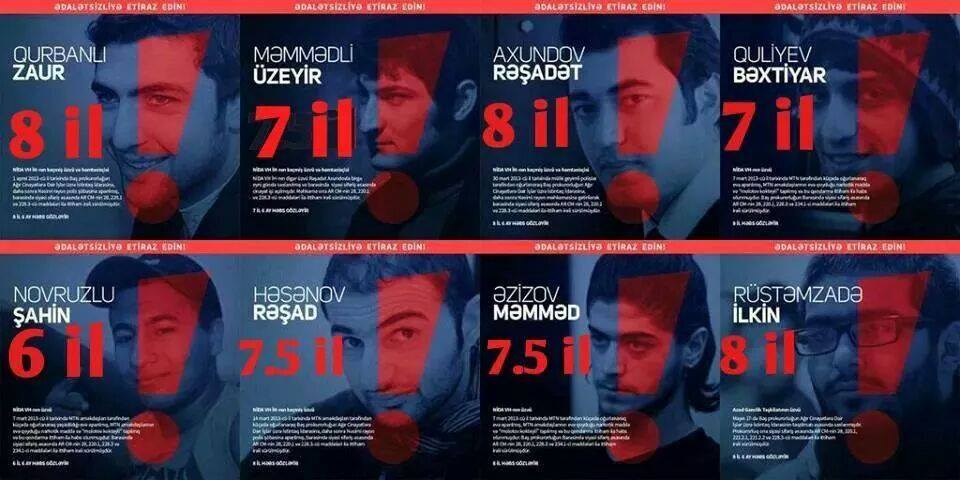 According to IWPR, they and their mothers began a hunger strike in April.

Amnesty International called Azerbaijan’s human rights situation dire, and expressed concern over the country’s upcoming six-month chairmanship of the Council of Europe’s Committee of Ministers, which is scheduled to begin May 14.

According to OCCRP partner and Global Shining Light Award winner Khadija Ismayilova, the court trial was a “tragic comedy,” ending in a guilty verdict despite evidence that some of the defendants, including a 17-year-old, were tortured in their interrogations.

“The sentence was purely political and showed one more time how low the justice system in Azerbaijan has fallen…I think it is time to worry about what will happen to human rights standards in Europe under the leadership of Azerbaijan,” she said.