The Czech police announced on Tuesday that they have arrested a high-ranking mafia member wanted in the United States for “serious violent crimes.” Media identified the man as a Georgia-born Azeri who was involved in murders and kidnappings. 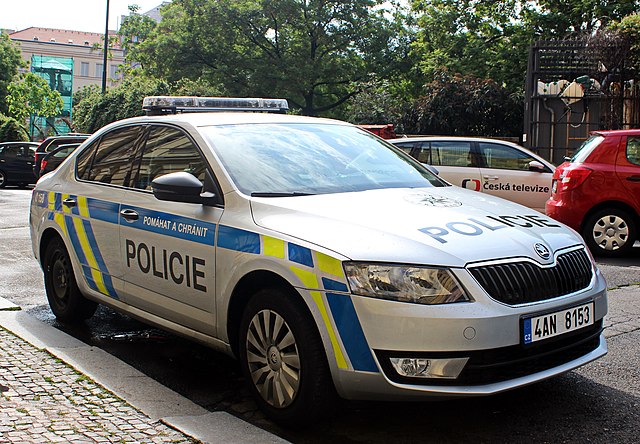 A Czech police car. (Photo: Kenyh Cevarom, Wikimedia, License)Authorities did not specify what kind of violent crimes the arrested man was accused of in the U.S., but police spokesman Jaroslav Ibehej described him as “a recognised criminal authority in the Russian-speaking environment,” and said that the man’s bodyguard was also arrested. A court will now decide about the main suspect’s extradition.

Analyzing a videotape of the arrest, the Ukrainian outlet Detektiv INFO identified the alleged crime boss as Polad Omarov who was mainly operating in post-Soviet countries.

Omarov had been the right-hand man of Namik Salifov, the younger brother of late crime boss Nadir Salifov, known as ‘Lotu Guli’.

During his incarceration in Azerbaijan between 1996-2017, Nadir built a powerful crime syndicate extorting money from the Azeri diaspora in Eastern Europe and Central Asia. He ran the gang from behind prison walls. The syndicate grew even stronger after Nadir’s release from prison in 2017.

But three years later, Nadir was shot dead in Turkey in what was seen as revenge for assaulting other Azeri gangsters. He was succeeded by brother Namik.

Omarov, until then only a second-rank member of the syndicate, became close to Namik and allegedly promised to remove everyone involved in his brother’s death.

A few months later, Omarov allegedly orchestrated the assassination of the head of security of Namik’s brother because he left the late boss unprotected at the time of the attack.

Allegedly, Omarov was also involved in the April 2021 assassination of Heydar Aliyev, another Azeri crime boss linked to Nadir’s death. Aliyev died after being shot multiple times in a Moscow fitness center located in a high-end residential block on the outskirts of the city.

According to Detektiv INFO, Omarov and his bodyguard traveled to the Czech Republic with Ukrainian passports. The exact purpose of their visit was not immediately clear.