The European Public Prosecutor’s Office (EPPO) said Tuesday that it has uncovered the largest ever value-added tax (VAT) fraud scheme in the EU, worth an estimated €2.2 billion (US$2.3 billion) in stolen tax revenue. 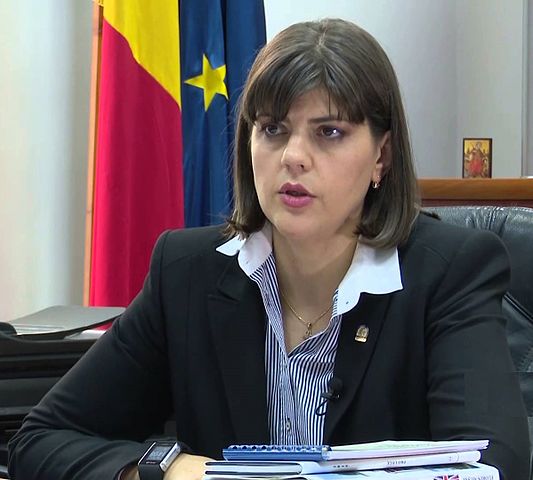 It started small, EPPO said, with a probe in April last year by the Portuguese Tax Authority into an electronics company suspected of committing VAT fraud. The VAT, in common use in the EU, is a tax charged each time a product is sold, similar to a sales tax.

Investigators suspected the electronics company of colluding with its business partners to evade the tax by failing to pay it at one step in a long chain of repeating transactions known as a “carousel”. Despite an audit into the company coming back clean, Portuguese authorities reported their suspicions to EPPO, and the investigation soon branched out to include federal law enforcement agencies, financial fraud analysts, and criminal intelligence bodies.

What they uncovered, said European Chief Prosecutor Laura Kövesi, was a “highly sophisticated criminal industry” that spanned 36 countries across the four corners of the globe, including almost all of the EU, and defrauded its governments of over two billion euros.

It is believed to be the biggest VAT carousel fraud case ever investigated in the EU. Several highly skilled organized crime groups are also said to be involved, who worked transnationally with each other “almost with an industrial logic” in order to avoid detection for so many years, EPPO said.

Kövesi attributes the conspiracy’s success up to this point to the “limitations of national tax and law enforcement authorities when it comes to cross-border financial criminality.”

Latest estimates by Europol label VAT fraud as the most profitable crime in the EU, costing roughly €50 billion per year in stolen tax revenue.

Due to the sheer complexity of the overall case, involving over 9,000 entities, it would’ve been almost impossible for a single country to expose it on their own, EPPO said, who added that it took well over a dozen agencies working together to bring the scheme to light.

“When it comes to VAT fraud,” Kövesi said, “the damages can be assessed as relatively small or non-existent, or even remain undetected. You need a helicopter view, to see the whole picture.”