Last year, at least 4,473 women were killed in Latin America and the Caribbean, according to a United Nations regional commission report released on Friday, the International Day for the Elimination of Violence against Women. 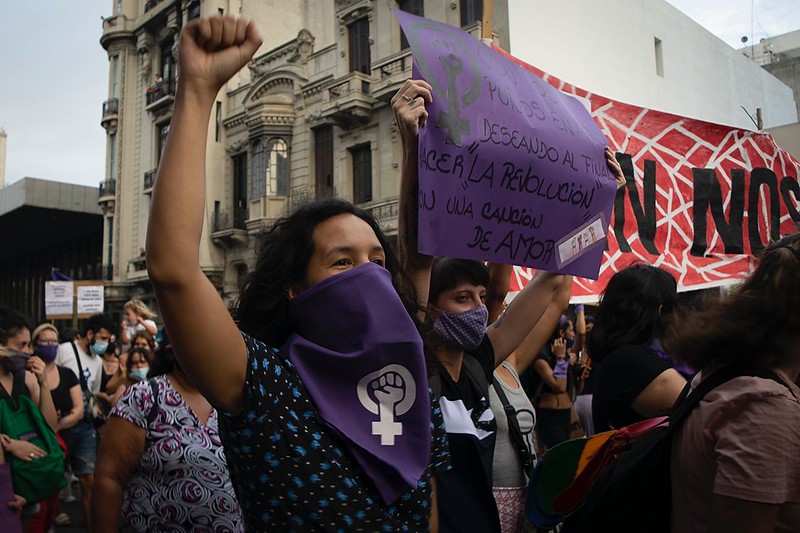 Organized crime, chronic structural violence, public insecurity and intense migratory flows are some of the factors that increase gender based killings of women in Latin America and the Caribbean. (Photo: MediaReduy, Flickr, License)The report addresses what it terms the “shadow pandemic” of femicide, loosely defined as the gender-based killing of girls and women.

“For 15 years, Latin American and Caribbean States have recognized the seriousness of femicidal violence and the gender-related killing of women, which has been expressed in the institutional context through the adoption of laws and protocols and the development of specific institutional frameworks,” said the report.

“Despite these advances, femicide or feminicide persists and there are no clear signs that it is declining.”

The highest rates of femicide in Latin America were recorded in Honduras, the Dominican Republic, El Salvador, and Bolivia.

In the Caribbean, Belize and Guyana had the highest rates.

In countries such as Chile, Paraguay, Ecuador, Peru, Uruguay and Argentina, most of the victims were killed by intimate partners.

Yet in Honduras and El Salvador, the majority of the killings were perpetrated by someone with whom the women had no intimate relationship, including strangers.

“In these cases,” said the report, “broader trends related to organized crime and social conflict, expressed through gender violence in the public sphere, play an important role.”

Additionally, child marriages are common in the region, said the report, noting that women who marry at an early age are more likely to suffer violence at the hands of an intimate partner.

“The deep historical and structural roots of patriarchal, discriminatory and violent cultural patterns, grounded in a culture of privilege, have proven among the most difficult to dismantle,” said the report. It urged governments to take action, including improving access to justice and transformative policies and funding  to address the structural inequalities.