Ecuadorian police arrested seven people, including four former executives of the country’s oil company Petroecuador, suspected of participating in a multi-million dollar bribery and money laundering scheme that allegedly involved a friend of a former president. 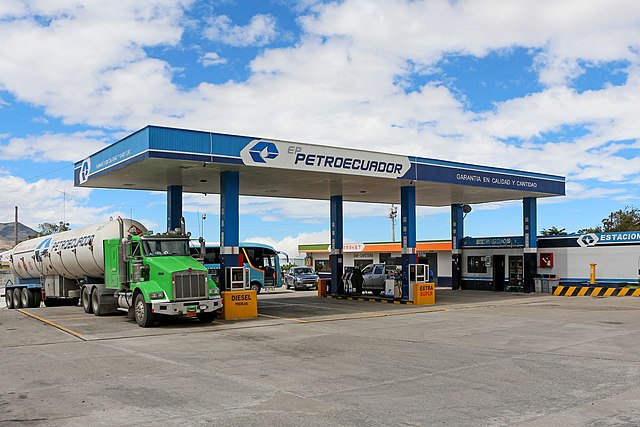 Petroecuador petrol station. (Photo: Bernard Gagnon, Wikimedia, License)The suspects are business partners of Nilsen Arias - an accused money launderer and ally of Ecuadorian ex-President Rafael Correa. They are believed to have been involved in a scheme in which Ecuadorian officials got kickbacks for direct contracts with Petroecuador. Among the seven is a former high-ranking employee of the Ministry of Economy and Finance.

Prosecutors confirmed this “operation is a response to an investigation into an alleged bribery scheme in which Arias - who is being investigated for money laundering in the U.S. - would be involved.” Ecuadorian officials have received information about the case from the U.S. authorities.

A federal court in New York unveiled an indictment that accuses him of using his official position at Petroecuador to accept bribes from at least eight state-owned oil and gas companies or traders in exchange for awarding contracts without a tender.

A competitive bidding process was not required under the excuse of government-to-government agreements. Petroecuador signed contracts with five state companies in Asia, the Middle East and Latin America.

According to prosecutors, Arias is believed to have received at least US$22 million in bribes and used shell companies in Singapore, Portugal, Panama, Uruguay and the U.S.

An unnamed European trading company allegedly paid $70 million in bribes to Ecuadorian government officials, including Arias, “in exchange for securing improper advantages” in obtaining business with Petroecuador. Arias and his partners provided confidential information to this European trader that helped two other state companies to win contracts with Petroecuador.

The scheme allegedly stretched from 2010 to 2021, even after Arias left his position of international trade manager at Petroecuador in 2017.

In the meantime, Petroecuador tweeted that “it provides all the facilities to the actions carried out by the Prosecutor’s Office within the investigations into corruption in cases such as that of Nilsen Arias and other issues.”