A European Parliament committee with a focus on foreign interference in the European Union discussed on Thursday Russia’s disinformation campaigns and other tactics, specifically targeting Hungary and Spain, to expand its sphere of influence within the union. 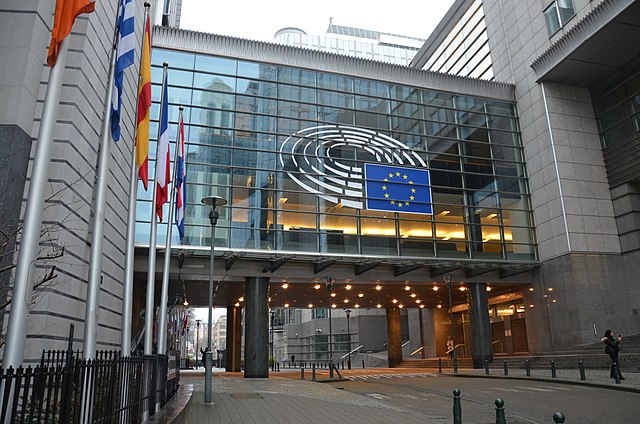 The European Parliament’s Special Committee on Foreign Interference in all Democratic Processes in the European Union, including Disinformation (ING2) focused specifically on the cases of Hungary and Catalonia in Thursday’s hearing. (Photo: Steven Lek, Wikimedia, License)Featured experts concurred that the purpose of Russian disinformation campaigns, which they said have been a key tool in Russia’s war against Ukraine, are attempts to instigate chaos and destabilize Europe.

“The whole goal is the weakening of the West, thus, strengthening of the Kremlin in a zero sum game approach,” Jakub Kalensky, a senior analyst at the European Centre of Excellence for Countering Hybrid Threats, said. According to the 2018 action plan against disinformation by the European Commission, Russian disinformation posed the greatest threat to the EU.

For Russia, disinformation is a non-military measure to reach military goals, Kalensky said, likening the “pseudo-journalists” of outlets such as Russia Today, the federation’s state-controlled international news broadcaster, to “information weapons” parallel to the Russian Ministry of Defense.

The featured experts at the ING2 Special Committee hearing were in agreement that the union needs more resources to combat such disinformation threats. Kalensky noted that Russia outspends the EU in this regard by almost a thousand times.

The hearing analyzed the specific cases of Hungary, where Prime Minister Viktor Orban’s close ties with the Kremlin has allowed for the country’s centralized media to pump out pro-Russian narratives; and Spain, specifically Catalonia, where Russia’s involvement with the Catalan pro-independence movement was displayed in an investigation this year by El Periodico, the OCCRP, and other Italian and Russian media.

Orban, the populist far-right PM, has been an outlier in the EU for condemning sanctions on Russia, saying they drove up energy prices, despite Hungary approving each package. Hungary has one of the most dependent EU members on Russian gas.

Although Hungary approved sanctions on Russia, it continues to do business with Russian entities such in the cases of the construction of the Paks nuclear power plant, or the metro construction deal with Metrovagonmash. These are causes for concern according to Peter Kreko, director of the Political Capital Institute, who said such “money traps can be highly influential in changing policy outcomes and foreign policy decisions.”

Additionally, Hungary has the most centralized media environment in the EU, which Kreko said has become an “informational autocracy”. When combined with a strong pro-Russian official political line from the government, this gives an opportunity for the Kremlin to influence the Hungarian public opinion, he said.

Kreko added that Orban has been expanding this influence even beyond Hungarian borders, to countries across the Western Balkans, through media ownership and investments.

“Russia’s strategy of dividing Europe is to focus on member states and find the weakest links. Of course, Hungary is not the only target in this strategy,” Kreko said, adding that there were others such as Greece, Austria, Slovakia, Cyprus, Italy.

“But Hungary has recently become one of the most successful examples of this influence,” he added.

Catalan president Carles Puigdemont and other separatist leaders were paid a visit by a group of Russians from Putin’s close circle in the run-up to the 2017 Catalan independence referendum. Puigdemont denied such an interaction ever took place for the past 5 years, until a 2022 investigation by El Periodica’s Jesus Gonzalez Albalat, who was a speaker at the hearing, and other partners including the OCCRP presented its revelations.

The investigation revealed that during this visit in 2017, the Russians offered to give the Catalonians US$500 billion to aid their attempts to make the region an independent state, in exchange for them turning Catalonia into a cryptocurrency haven. The group was led by Nikolai Sadovnikov who was described as an “actor of Russian parallel diplomacy” by a Western intelligence agency.

Since the investigations’ publication, Puigdemont acknowledged that this meeting took place, but said they refused this offer. One of the experts at Thursday’s hearing, Nicolas De Pedro, a senior fellow at The Institute for Statecraft in London, said this was still a highly suspicious case that should be investigated further. Albalat said the journalistic and legal investigations into this case were ongoing.

“The Catalonia crisis is, or was, attractive to the Kremlin because it had the potential to destabilize an important EU member and NATO ally,” said De Pedro.

“Russia tried to exploit the crisis created by the Catalan secessionist movement,” he concluded.

In a prior 2021 investigation by El Periodico and the OCCRP, when the contact between Catalan leaders and Russian envoys was first established, text messages among Puigdemont advisers were intercepted. The advisers discussed topics to steer clear from when making public statements as to not annoy the Kremlin, including anything about Russian opposition leader Alexei Navalny, U.S. whistleblower Edward Snowden, and Belarus.